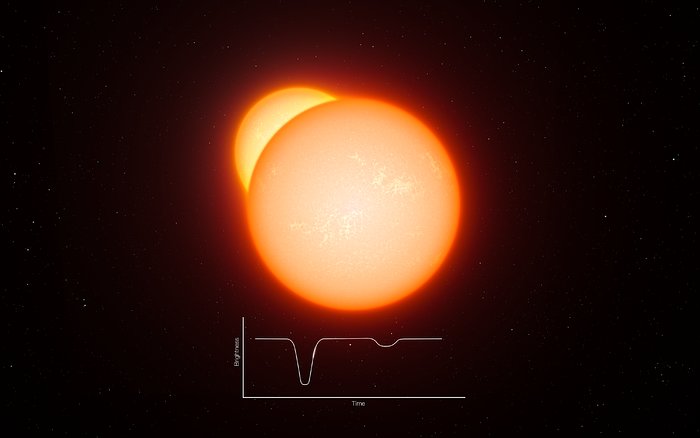 This artist’s impression shows an eclipsing binary star system. As the two stars orbit each other they pass in front of one another and their combined brightness, seen from a distance, decreases. By studying how the light changes, and other properties of the system, astronomers can measure the distances to eclipsing binaries very accurately. A long series of observations of very rare cool eclipsing binaries has now led to the most accurate determination so far of the distance to the Large Magellanic Cloud, a neighbouring galaxy to the Milky Way and crucial step in the determination of distances across the Universe.