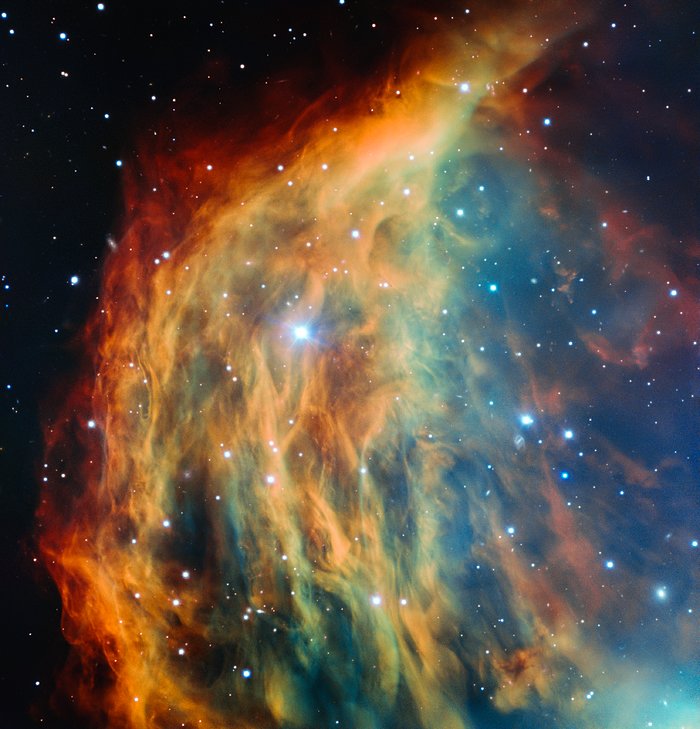 ESO’s Very Large Telescope in Chile has captured the most detailed image ever taken of the Medusa Nebula (also known Abell 21 and Sharpless 2-274). As the star at the heart of this nebula made its final transition into retirement, it shed its outer layers into space, forming this colourful cloud. The image foreshadows the final fate of the Sun, which will eventually also become an object of this kind.