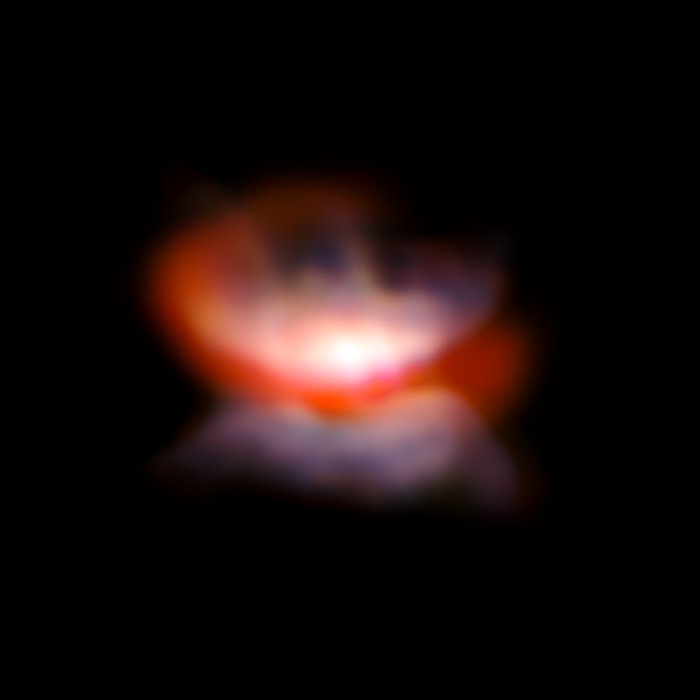 Some of the sharpest images ever made with ESO’s Very Large Telescope have for the first time revealed what appears to be an ageing star in the early stages of forming a butterfly-like planetary nebula. The observations of the red giant star L2 Puppis from the ZIMPOL mode of the newly installed SPHERE instrument are combined here with infrared data from NACO, also on the VLT, which shows a dust loop deployed on the far side of the upper part of the nebula. The dying stages of the lives of stars continue to pose many riddles for astronomers.