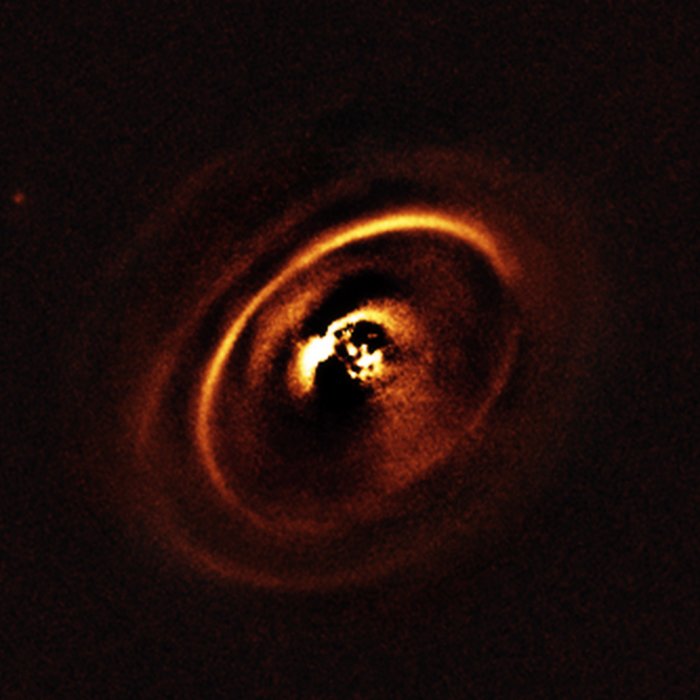 Using the ESO’s SPHERE instrument at the Very Large Telescope, a team of astronomer observed the planetary disc surrounding the star RX J1615 which lies in the constellation of Scorpius, 600 light-years from Earth. The observations show a complex system of concentric rings surrounding the young star, forming a shape resembling a titanic version of the rings that encircle Saturn. Such an intricate sculpting of rings in a protoplanetary disc has only been imaged a handful of times before.