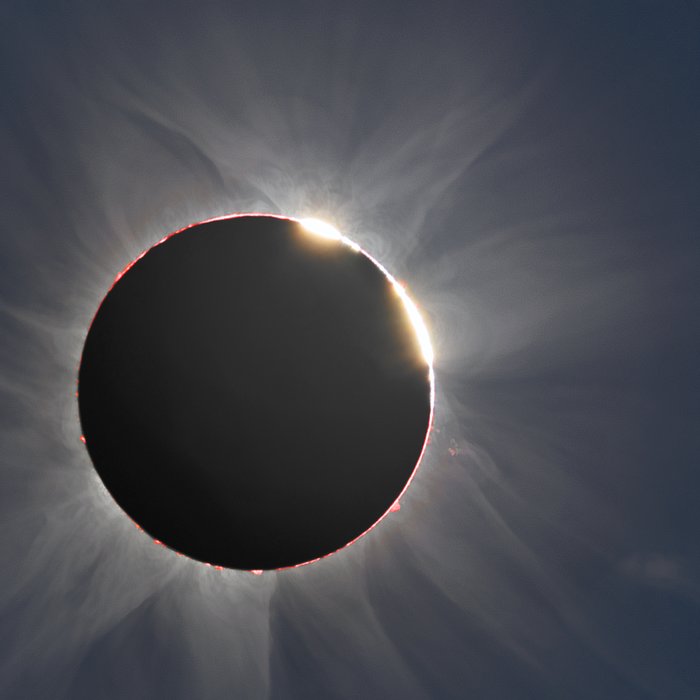 This image was acquired during the hybrid solar eclipse of 3 November 2013. It shows the double-diamond-ring effect. The effect occurs near the start or end of the total phase, when brilliant sunlight shines through valleys on the Moon's surface while the solar corona is visible. The red glow from the Sun's chromosphere and several prominences are apparent around the edge of the Sun's disc. This eclipse was unusual as it was annular (when the Moon is too small to completely cover the Sun) on the beginning if the path and then it turned to total (as shown here), hence the name hybrid.