An artist’s view of the TOI-178 planetary system 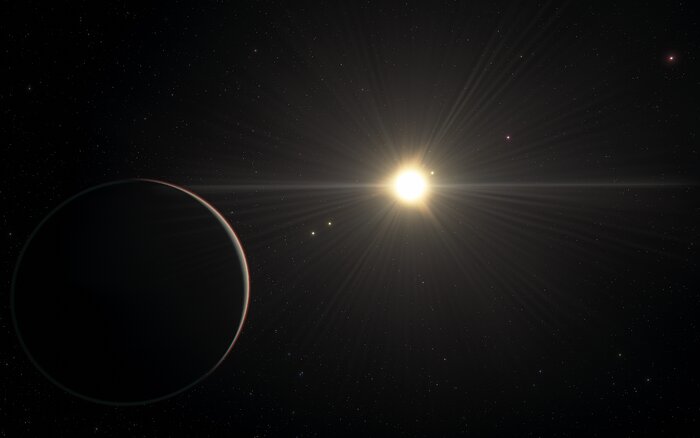 This artist’s impression shows the view from the planet in the TOI-178 system found orbiting furthest from the star. New research by Adrien Leleu and his colleagues with several telescopes, including ESO’s Very Large Telescope, has revealed that the system boasts six exoplanets and that all but the one closest to the star are locked in a rare rhythm as they move in their orbits.

But while the orbital motion in this system is in harmony, the physical properties of the planets are more disorderly, with significant variations in density from planet to planet. This contrast challenges astronomers’ understanding of how planets form and evolve.

This artist’s impression is based on the known physical parameters for the planets and the star seen, and uses a vast database of objects in the Universe.