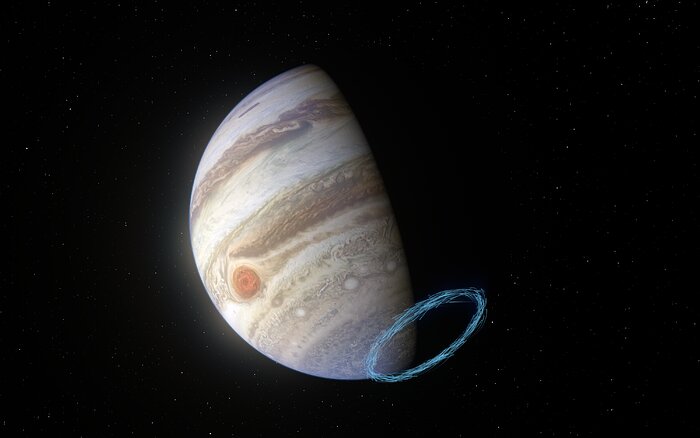 This image shows an artist’s impression of winds in Jupiter’s stratosphere near the planet’s south pole, with the blue lines representing wind speeds. These lines are superimposed on a real image of Jupiter, taken by the JunoCam imager aboard NASA’s Juno spacecraft.

Jupiter’s famous bands of clouds are located in the lower atmosphere, where winds have previously been measured. But tracking winds right above this atmospheric layer, in the stratosphere, is much harder since no clouds exist there. By analysing the aftermath of a comet collision from the 1990s and using the ALMA telescope, in which ESO is a partner, researchers have been able to reveal incredibly powerful stratospheric winds, with speeds of up to 1450 kilometres an hour, near Jupiter’s poles.