Molecules in the disc around the star IRS 48 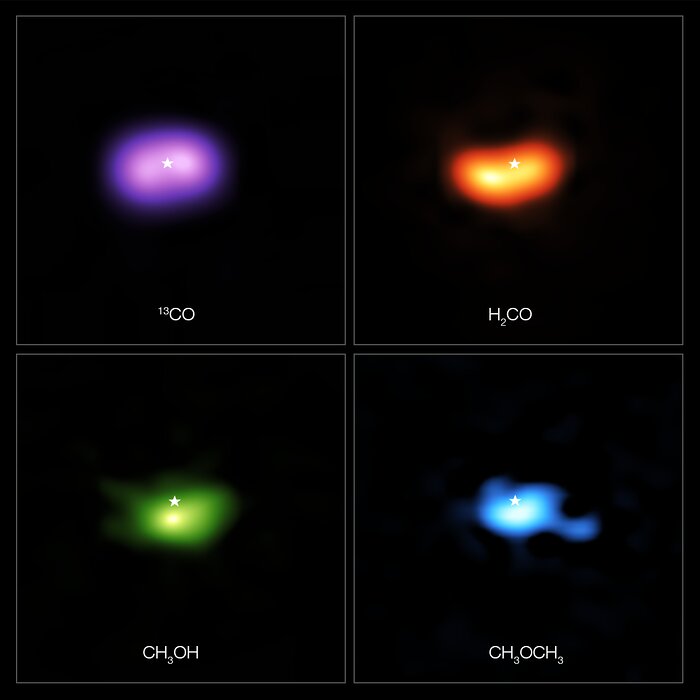 These images from the Atacama Large Millimeter/submillimeter Array (ALMA) show where various gas molecules were found in the disc around the IRS 48 star, also known as Oph-IRS 48. The disc contains a cashew-nut-shaped region in its southern part, which traps millimetre-sized dust grains that can come together and grow into kilometre-sized objects like comets, asteroids and potentially even planets. Recent observations spotted several complex organic molecules in this region, including formaldehyde (H2CO; orange), methanol (CH3OH; green) and dimethyl ether (CH3OCH3; blue), the last being the largest molecule found in a planet-forming disc to date. The emission signaling the presence of these molecules is clearly stronger in the disc’s dust trap, while carbon monoxide gas (CO; purple) is present in the entire gas disc. The location of the central star is marked with a star in all four images. The dust trap is about the same size as the area taken up by the methanol emission, shown on the bottom left.