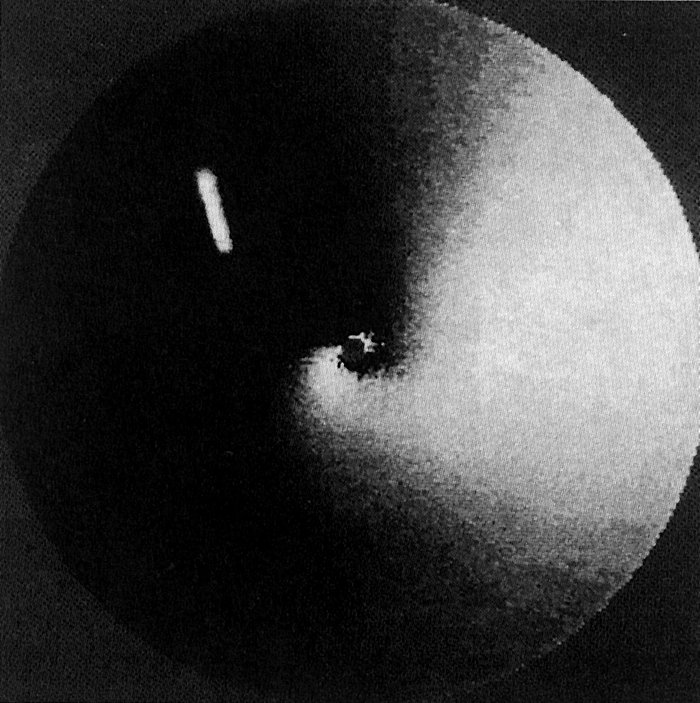 This a computer-enhanced NTT image of the newly discovered Comet Austin (1989 c1) which may become comparatively bright during mid-April 1990 when it approaches the Sun to within 50 million kilometres. On May 25, it will be only 36 million kilometres from the Earth. After mid-April, it will be well visible from the northern hemisphere in the early evening.