Construction of the VLT observatory at Paranal 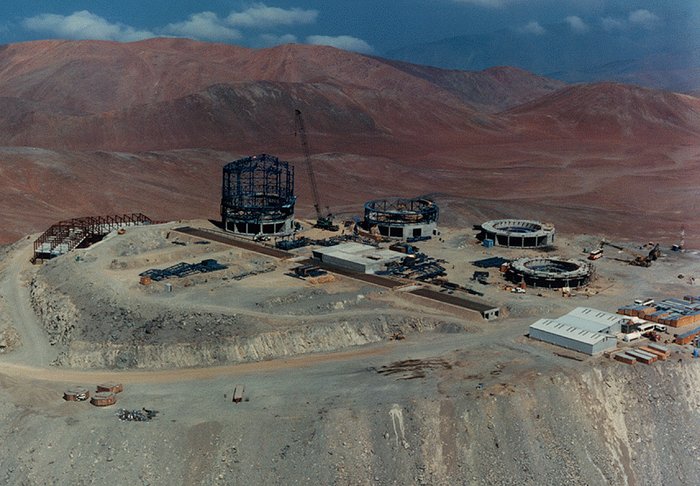 This aerial photo was obtained on 16 January 1996 and shows the progression of the work at the VLT Observatory on Cerro Paranal in the Chilean Atacama desert, about 130 km south of the town of Antofagasta. The control building is seen at the left side of the mountain. The enclosure for VLT Unit Telescope no. 1 is almost ready to receive the outer cladding and the work on the other three enclosures and their foundations is also well advanced. The building for the interferometric laboratory is seen at the centre of the platform and the adjoining tunnels are ready and covered. Some temporary workshops are seen in the front. The direction of view is towards South-West and the clouds in the background are situated over the lower terrain near the coast and over the Pacific Ocean.