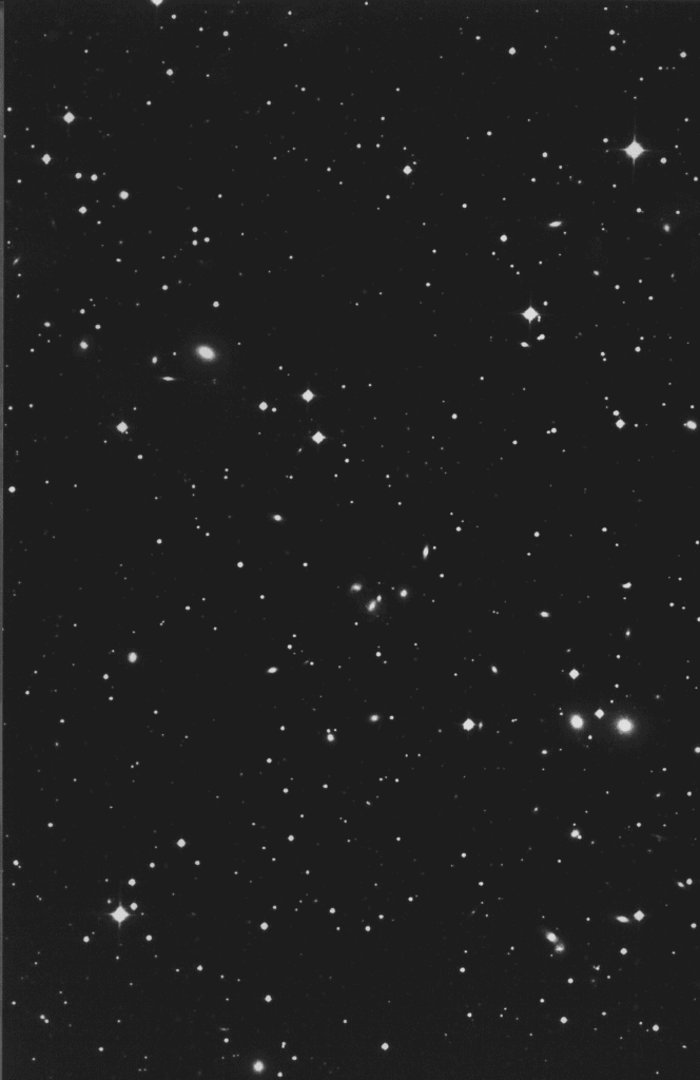 The Rich Cluster of Galaxies Abell 548.

This photo shows the central region of the rich Abell cluster A548 which is seen in the southern constellation of Lepus (The Hare).

It was reproduced from a red-sensitive photographic plate, obtained with the ESO 1-metre Schmidt telescope at the La Silla Observatory on December 9, 1985. The emulsion/filtre combination was IIIa-F + RG630, corresponding to the spectral region from 6300 - 7000 Angstroms. The exposure time was 120 min. In this reproduction, North is up and East to the left, the size of the field is 18 x 24 arcmin.

The distance to this cluster is approximately 200 Mpc or 650 million light-years (assuming a Hubble constant of 60 km/s/Mpc); at this distance, 1 arcmin corresponds to 58 kpc.

Abell 548 cluster contains many hundreds of galaxies; several spiral and giant elliptical galaxies can be seen in the picture. During the ESO Nearby Abell Cluster Survey (ENACS), radial velocities have been measured for about 300 galaxies in this cluster. The radial velocities of individual member galaxies, relative to the average velocity of the cluster, are in some cases as large as 1500 to 2000 km/s. The total mass of the cluster is estimated at about 1.5 10e15 solar masses.