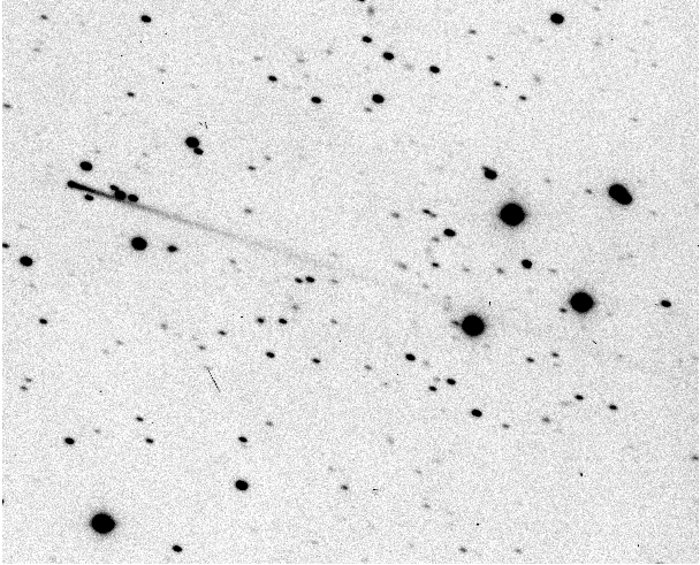 On August 7, 1996, Eric W. Elst (Royal Observatory, Uccle, Belgium) reported his discovery of a cometary image on mid-July exposures by Guido Pizarro with the 1.0-m ESO Schmidt telescope at the La Silla Observatory. Further ESO Schmidt plates were then obtained, and on August 19, with the help of orbital computations by Brian Marsden (IAU Central Bureau for Astronomical Telegrams, Cambridge, Mass., USA), Elst was able to identify the object on them. The comet can easily be identified in the frame. No coma is seen, only the pronounced, extremely narrow dust tail which points towards position angle p.a. = 252 deg (about 2 deg away from the direction towards the Sun). The overall length of the tail in the frame is about 7.6 arcmin (= 555,000 km at the comet), but actually it is longer than 8.5 arcmin, since it extends beyond the edge of the field of view of the original image.