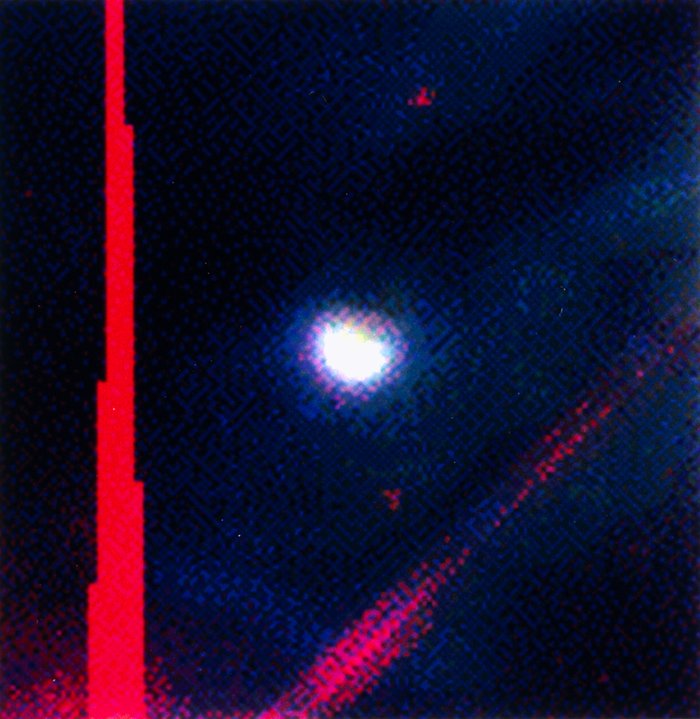 This photo shows a small sky area around the central star of G5.97-1.17, an ultra-compact HII-region (UCHR) in the Lagoon Nebula. This spectacular interstellar nebula, also known as Messier 8 or M8, is seen in the direction of the southern constellation of Sagittarius.

Observations described in eso9708 have shown that this star is surrounded by a proplyd (PROto-PLanetarY Disk).

The image is a colour composite based on HST-WFPC2 images obtained through narrow-band optical filtres, isolating the light of doubly ionized oxygen atoms ([OIII]; blue) and atomic hydrogen (H-alpha; green) and in a far-red band (red). Two more faint stars are seen in this image while the bright star Her 36 is outside the border of the image (its location is at the lower left, at the intersection of the vertical, saturated CCD column and the 45° line caused by the light diffracted in the telescope).