Aerial View of the ESO Headquarters in Garching 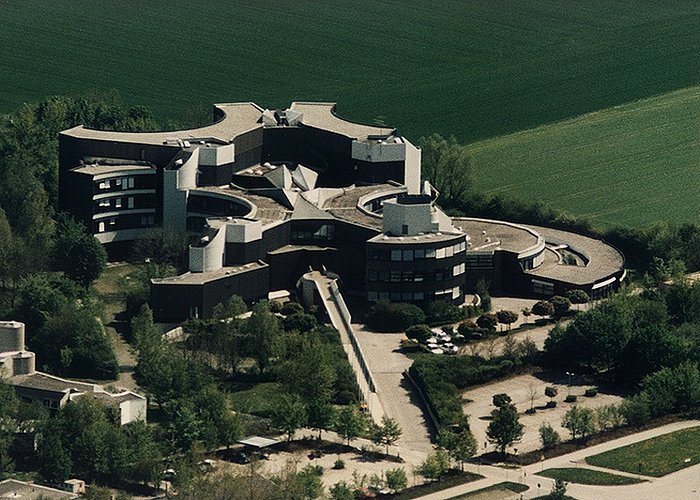 This image shows an aerial view of the modernistic building of the ESO Headquarters in the town of Garching, some 15 kilometres north of Munich, the capital of Bavaria, Germany. The building, which was donated to ESO by the Government of the (then Federal) Republic of Germany was constructed in the late 1970's at a time when ESO's various divisions were still dispersed at several sites in Europe. The move into the Organisation's new European home took place in the summer of 1980.