ISAAC at Paranal during the integration phase 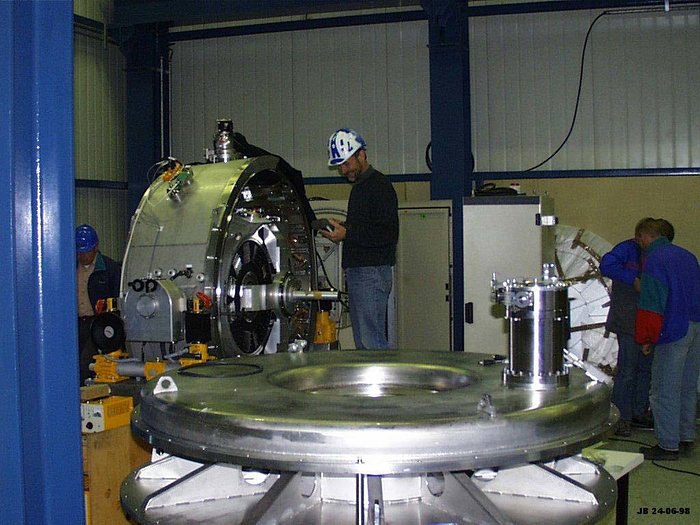 The second major instrument to be mounted on UT1, the VLT Infrared Spectrometer And Array Camera (ISAAC), arrived by air in Santiago on June 5, 1998 and reached Paranal three days later in a specially escorted convoy of two large trucks. To minimize the risk of transport damage to its delicate optics, the instrument had been disassembled after testing in Garching and its sub-assemblies spring mounted in special transport containers. (Photo obtained on June 24, 1998).