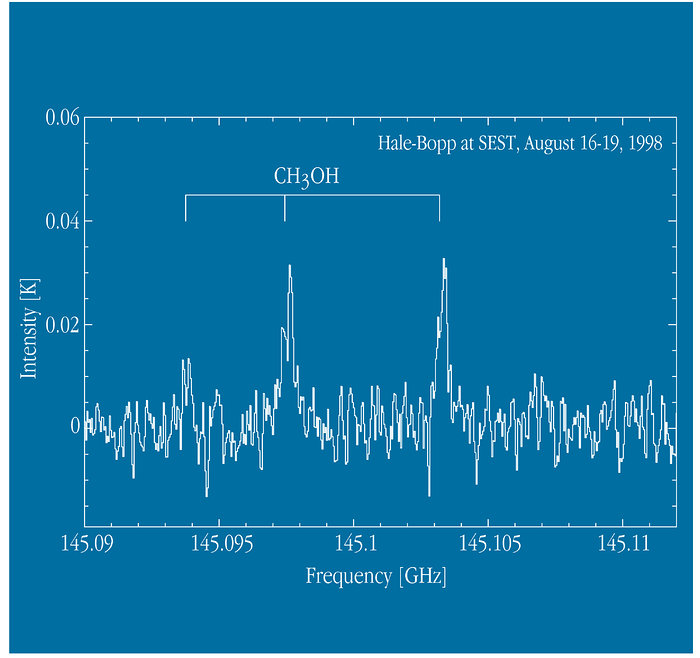 The image displays a part of the radio spectrum with emission from CH 3 OH molecules in the coma of Comet Hale-Bopp, as observed with the 15-m SEST telescope at La Silla from August 16 to 19, 1998. Three lines of this molecule were detected at 145.0938, 145.0974 and 145.1032 GHz, respectively. The total integration (exposure) time is 708 min. The intensity is indicated in units of antenna temperature.