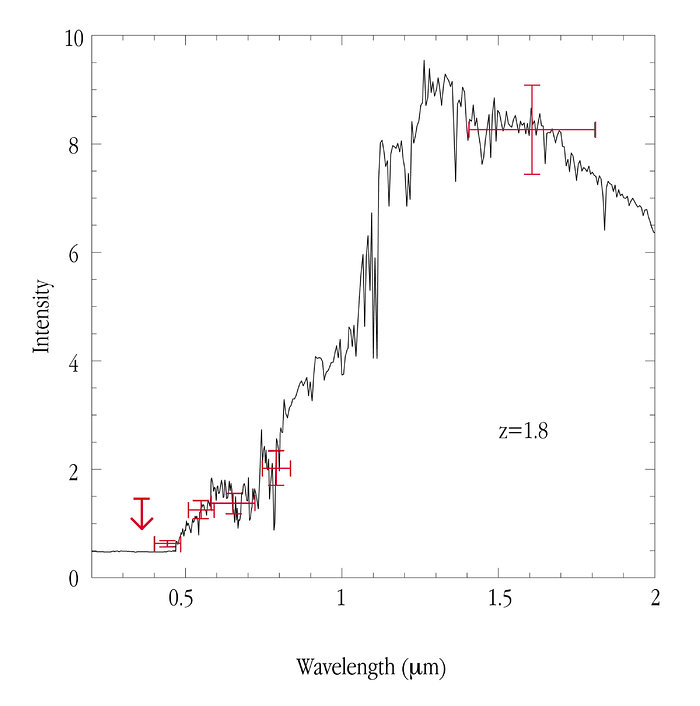 The image is the spectrum of a typical elliptical galaxy, redshifted to z = 1.8 and compared with the brightness of the galaxy in different wavebands (crosses), as measured during the VLT SV programme and the Hubble Deep Field South Test Program (the cross to the right). The arrow indicates the upper limit by the VLT SV in the ultraviolet band. It can be seen that these observations are fully consistent with the object being an old, elliptical galaxy at the high redshift of z=1.8, i.e. at an epoch, when the Universe was much younger than now.