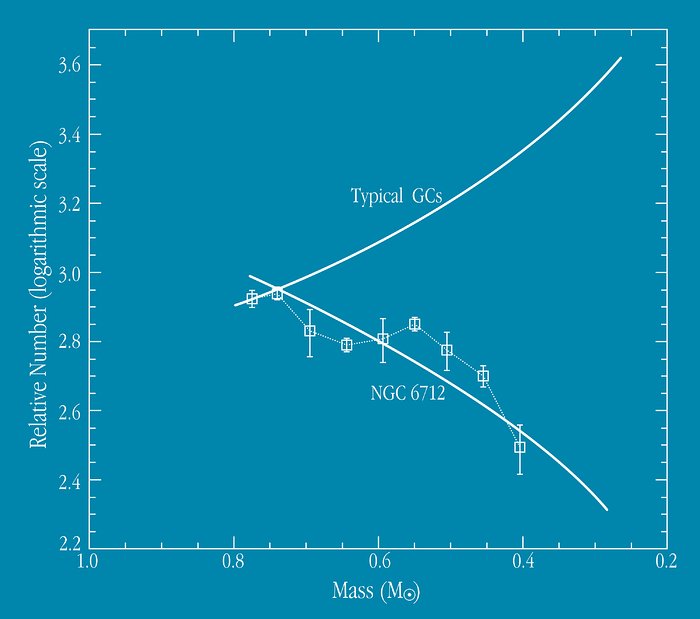 The unusual "mass function" of the globular cluster NGC 6712. The diagram shows the relative number of cluster stars with a given mass, indicated at the abscissa in units of one "solar mass". The data points are shown as squares, with vertical uncertainty bars; the curve represents a fit to these points. There are amazingly few stars of low mass (to the right), especially when compared to normal globular clusters (the curve above) in which the number of stars continue to rise towards lower masses. It is believed that the deficit of light stars in NGC 6712 is caused by the loss into the halo of the Milky Way of the large majority of the stars that were originally formed in this cluster.