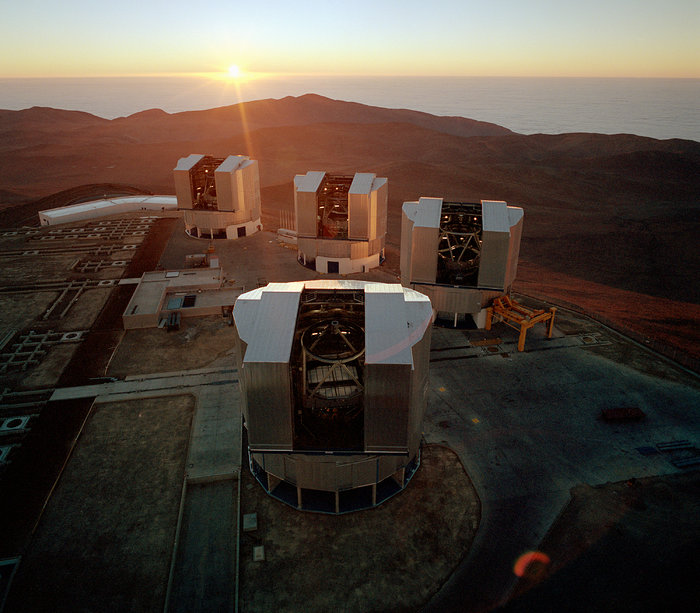 Aerial view of the Paranal summit, with the Sun setting over the cloud-covered Pacific Ocean. The fourth VLT Unit Telescope, YEPUN, is in the front, with the main mirror cover in place. From left to right in the background, ANTU, KUEYEN and MELIPAL. The roof of the Control Building is seen at the far side of the platform. Some of the concrete supports for the smaller, movable telescopes of the VLT Interferometric Array and the rails on which they will move, are seen to the left. The central, mostly subterranean laboratory in which the light beams from all the telescopes comes together at the interferometric instruments is about halfway between ANTU and YEPUN.

Credit:
ESO
Usage of ESO Images, Videos, Web texts and Music
Are you a journalist? Subscribe to the ESO Media Newsletter in your language.