Galaxy in the Great Attractor Field 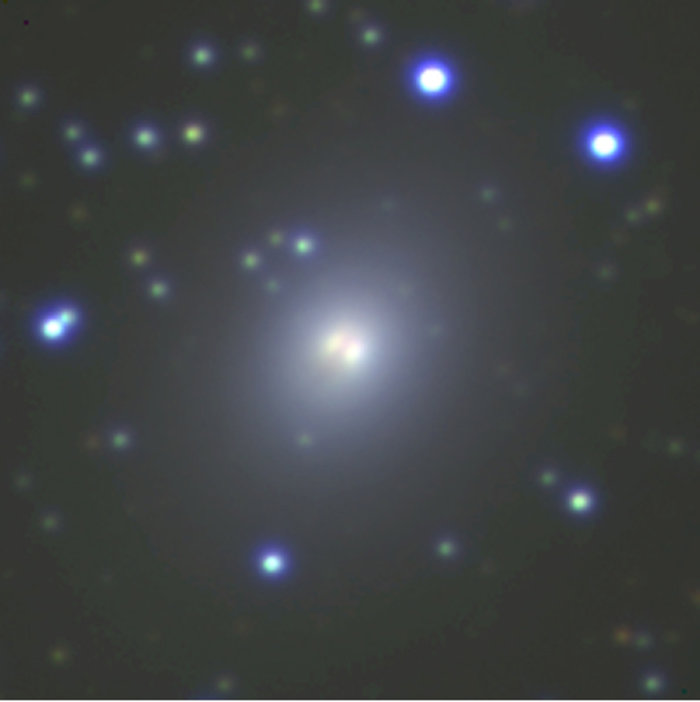 This image displays a small area (about 2.4 x 2.4 arcmin 2) centered on a bright galaxy in the Great Attractor Field. The dark lane probably indicates that it has already cannibalized one or more of its companions. During the course of hundreds of millions of years or more, others are likely to suffer the same fate.