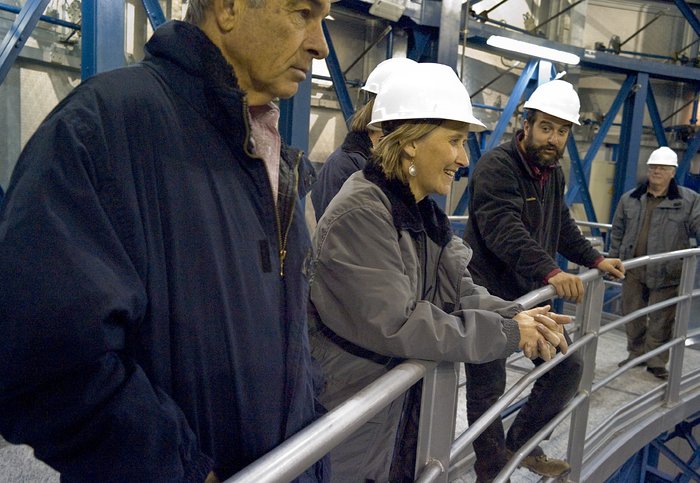 On 17 and 18 November 2007, the Regional Minister for Research of the Belgian French-speaking Community, Marie-Dominique Simonet, visited Paranal. This was part of a week-long visit to Brazil and Chile, in which the Minister promoted the 'Competitivity Poles' as well as Research and Education in this part of the world.

The Minister was accompanied by a delegation comprising Claude Gonfroy and Jean-Luc Horward, members of her Cabinet, Jean-Pierre Swings, former member of the ESO Council, Claude Jamar from the Centre Spatial de Liėge, and Bill Collins, from the AMOS company which built the four Auxiliary Telescopes. Ten French-speaking Belgian journalists, including two TV crews, also joined the Minister for a day at Paranal.

Felix Mirabel, ESO's Representative in Chile, Olivier Hainaut, Head of Science Operations at Paranal, and Ueli Weilenmann, were the hosts of the Minister. The Minister visited the telescopes and facilities on site and showed a clear interest for these most advanced pieces of technology. Her visit coincided with her birthday and, at the dinner, she was offered a cake and flowers, as well as gifts from members of her delegation.