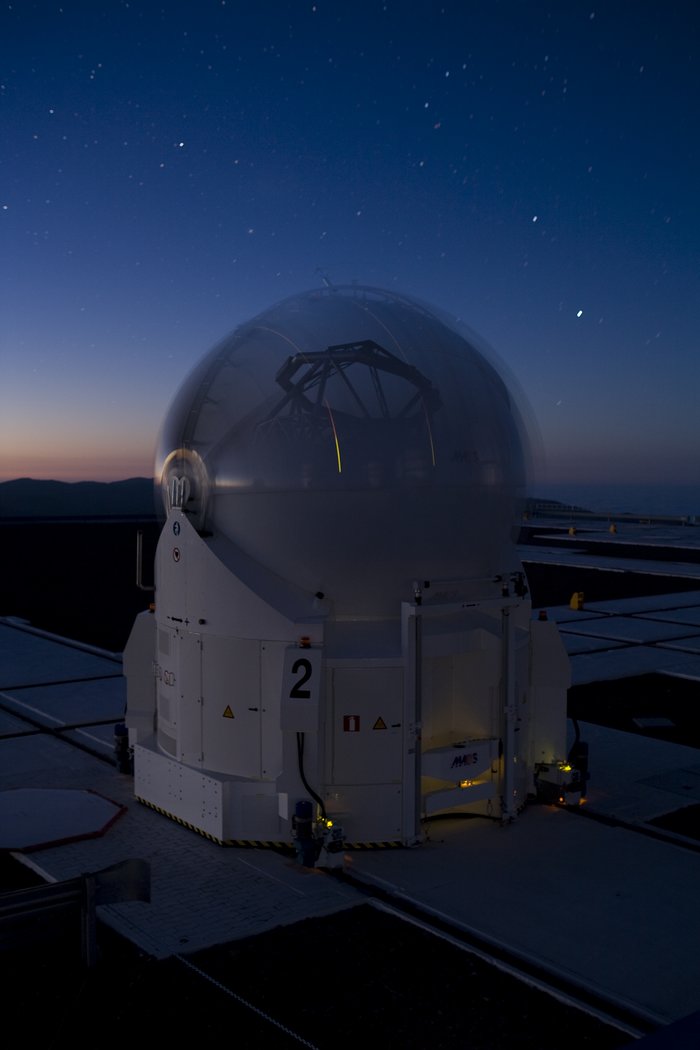 Contrary to other large astronomical telescopes, the VLT was designed from the beginning with the use of interferometry as a major goal. The VLT Interferometer (VLTI) combines starlight captured by two or three 8.2- VLT Unit Telescopes, dramatically increasing the spatial resolution and showing fine details of a large variety of celestial objects. However, most of the time the large telescopes are used for other research purposes. They are therefore only available for interferometric observations during a limited number of nights every year. Thus, in order to exploit the VLTI each night and to achieve the full potential of this unique setup, some other (smaller), dedicated telescopes were included into the overall VLT concept. These telescopes, known as the VLTI Auxiliary Telescopes (ATs), are mounted on tracks and can be placed at precisely defined "parking" observing positions on the observatory platform. From these positions, their light beams are fed into the same common focal point via a complex system of reflecting mirrors mounted in an underground system of tunnels. The Auxiliary Telescopes are real technological jewels. They are placed in ultra-compact enclosures, complete with all necessary electronics, an air conditioning system and cooling liquid for thermal control, compressed air for enclosure seals, a hydraulic plant for opening the dome shells, etc. Each AT is also fitted with a transporter that lifts the telescope and relocates it from one station to another. It moves around with its own housing on the top of Paranal, almost like a snail.