Comet McNaught, the Moon, Venus and the VLT 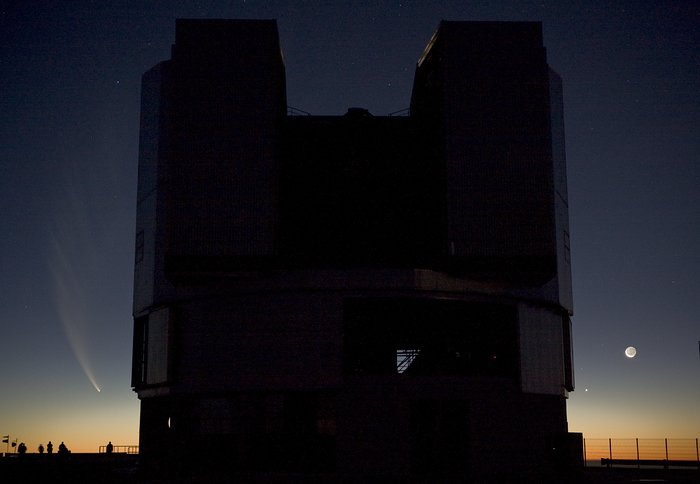 The extended tail of Comet McNaught, seen from the Paranal observing platform, in the evening of 20 January 2007, when the comet was setting behind the Pacific Ocean. In the foreground, one can see on of the VLT Unit Telescopes, while on the right, the Moon and planet Venus are visible. In early January 2007, comet McNaught brightened rapidly, in such a way as to become easily with the unaided eye, thereby earning its title of Great Comet of 2007. It even became the brightest comet in more than 40 years.