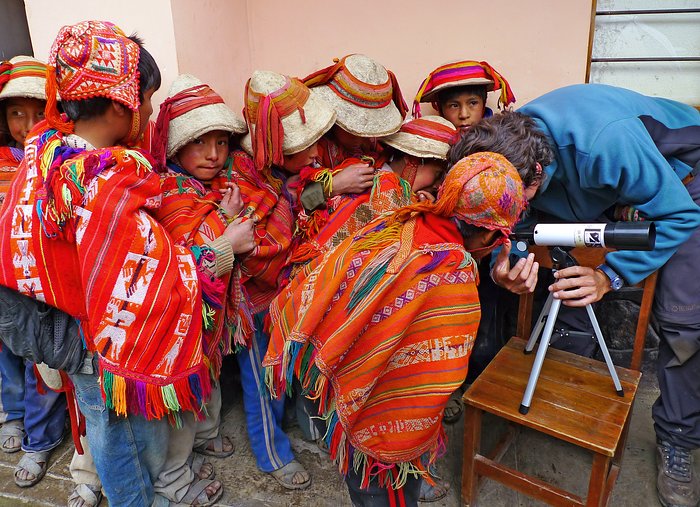 After almost two months of life-changing experiences, bringing the excitement of astronomy to young children in Chile, Bolivia and Peru, the journey of the GalileoMobile Project has come to an end.

As illustrated in this image, the astronomers and educators in the Galilomobile team visited numerous schools and villages during their expedition, engaging young students in educational activities about astronomy and science, and offering amazing stargazing opportunities to the local communities, in a region with one of the clearest skies on Earth.

Last week the team visited ESO’s Very Large Telescope (VLT), then continued to Taltal, the closest town to the VLT’s home, Cerro Paranal. Around sunset on 26 November, the GalileoMobile team showed the community of Taltal the highlights of the whole voyage, a voyage that covered around 5,000 kilometres through the Andes. The GalileoMobile was received with great enthusiasm by the people of Taltal. Hundreds of students took part to a ceremony that took place in the main square in Taltal, led by Guillermo Hidalgo, the town’s Mayor. The event ended up with a massive star party, which marked the perfect closing of this Special Project of the International Year of Astronomy 2009.

The GalileoMobile is supported by the European Southern Observatory, whose host country is Chile, the Max Planck Society (MPG/MPE/MPA/MPS), NORDITA, Regione Molise and the Optical Society of America.

More information on the GalileoMobile project can be found in the ESO Press Release eso0937.