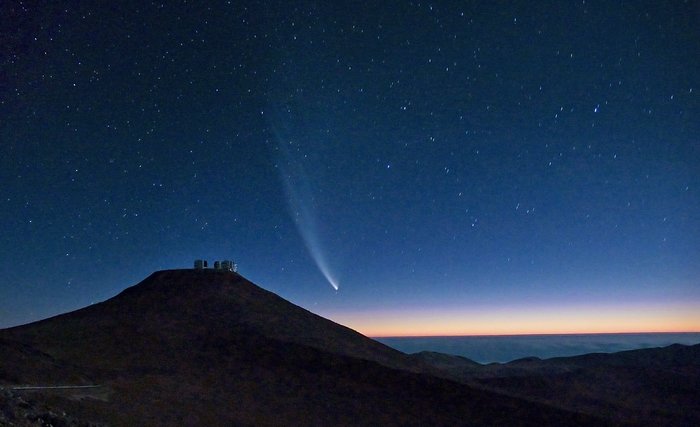 Comet C/2006 P1 (McNaught), which reached its perihelion in January 2007, unexpectedly becoming the brightest comet in the previous 40 years, is seen here setting behind Cerro Paranal, home of the ESO Very Large Telescope (VLT). The majestic comet is setting at twilight over the “sea of clouds” which typically covers the Pacific Ocean, only 12 km away from the observatory. The VLT is the most advanced optical-infrared ground-based astronomical facility in the world and is located some 120 km south from Antofagasta, in the II Region of Chile.

This photograph was taken by ESO Photo Ambassador Gerhard Hüdepohl.