The glowing sky above La Silla 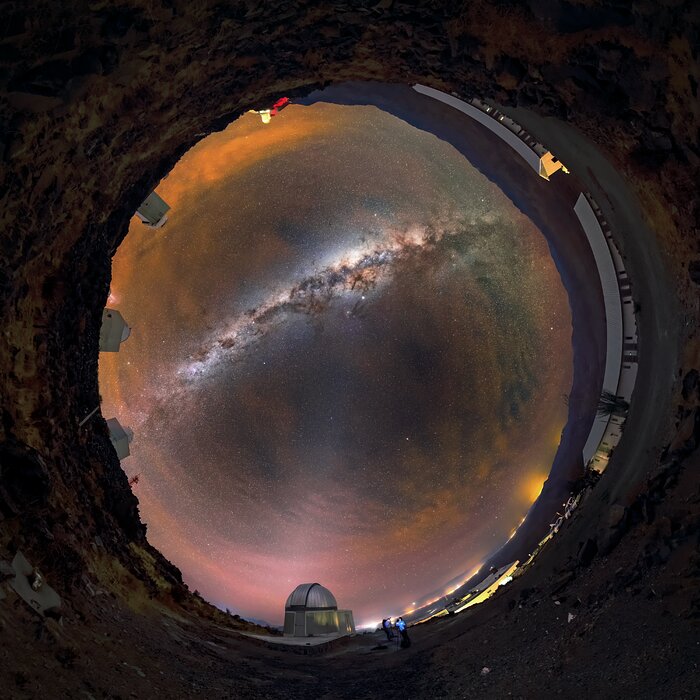 The night sky glows orange above ESO’s La Silla Observatory in this stunning 360 degree panorama. The observatory is situated in the Chilean Atacama Desert to make the most of its exceptionally dark and clear skies, shown by the detailed view of the Milky Way stretched across the sky. The glow on the horizon is not caused by light pollution but occurs naturally. Energetic particles from the Sun strike the Earth’s atmosphere, causing the air to emit in visible light. Airglow on this night was especially intense, with the strong emissions of orange and red light rippling across the sky visible with the naked eye, even after the Sun had set. In the foreground of the fulldome image sits the dome of the TRAPPIST-South telescope, which discovered the famous TRAPPIST-1 system of seven Earth-sized planets.