The NGC 4303 galaxy as seen with ALMA 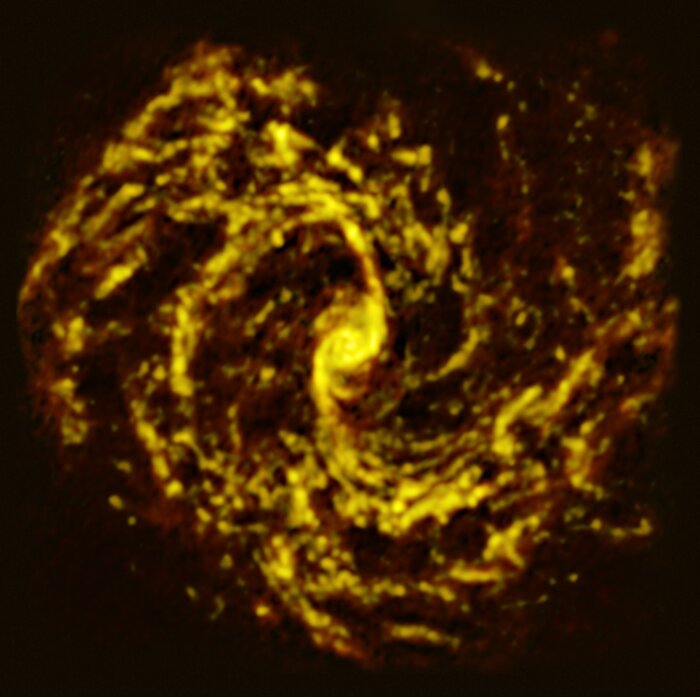 This image of the nearby galaxy NGC 4303, taken with the Atacama Large Millimeter/submillimeter Array (ALMA), in which ESO is a partner, shows the distribution of cold clouds of molecular gas, which provide the raw material from which stars form.