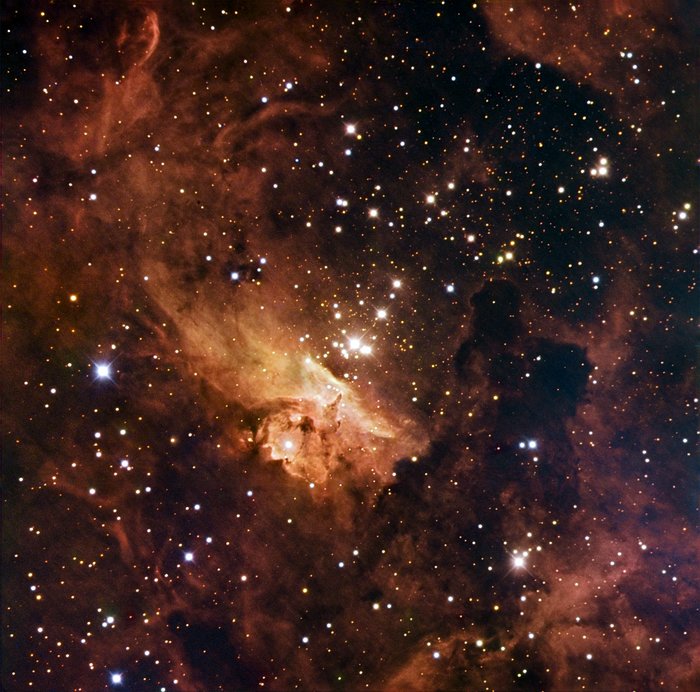 Home to some of the largest stars ever discovered, the open stellar cluster Pismis 24 blazes from the core of NGC 6357, a nebula in the constellation of Scorpius (the Scorpion). Several stars in the clusters weigh in at over 100 times the mass of the Sun, making them real monster stars. The strange shapes taken by the clouds are a result of the huge amount of blazing radiation emitted by these massive, hot stars. The gas and dust of the nebula hide huge baby stars in the nebula from telescopes observing in visible light, as well as adding to the hazy appearance of the image.

This image combines observations performed through three different filters in visible light (B, V, R) with the 1.5-metre Danish telescope at the ESO La Silla Observatory in Chile.