APEX under the Moon 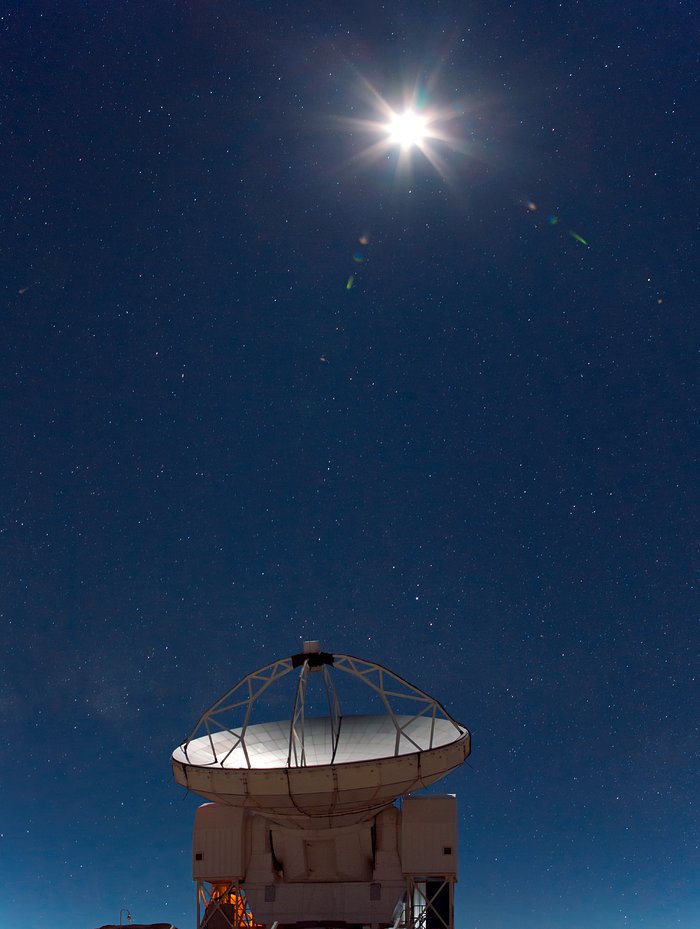 Another starry night on the Chajnantor Plateau in the Chilean Andes. The first quarter Moon glows brightly in this exposure, outshining the surrounding celestial objects. However, for radio telescopes such as APEX (the Atacama Pathfinder Experiment), seen here, the brightness of the Moon is not a problem for observations. In fact, since the Sun itself is not too bright at radio wavelengths, and these wavelengths do not brighten the sky in the same way, this telescope can even be used during the daytime, as long as it is not pointed towards the Sun.

APEX is a 12-metre-diameter telescope that observes light at millimetre and submillimetre wavelengths. Astronomers observing with APEX can see phenomena which would be invisible at the shorter wavelengths of infrared or visible light. For instance, APEX can peer through dense interstellar clouds of gas and cosmic dust, revealing hidden regions of ongoing star formation which glow brightly at these wavelengths, but which may be obscured and dark in visible and infrared light. Some of the earliest and most distant galaxies are also excellent targets for APEX. Due to the expansion of the Universe over many billions of years, their light has been redshifted into APEX’s millimetre and submillimetre range.

This stunning picture was taken by ESO Photo AmbassadorBabak Tafreshi. It is part of a larger image, which is also available cropped in a different way.