Making way for construction of the ESO Supernova 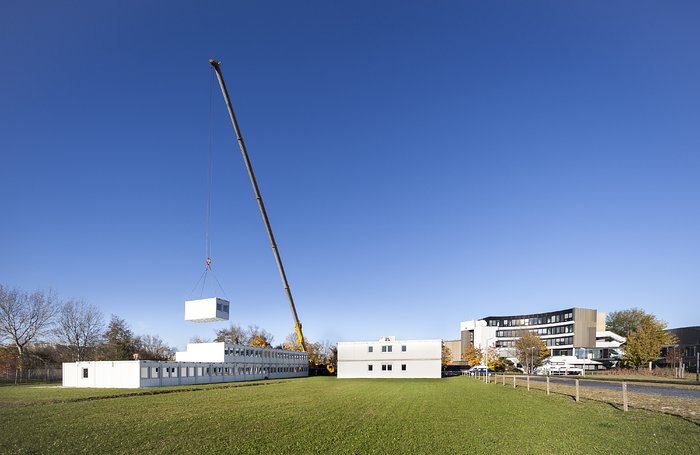 This week removal of the temporary office buildings at the ESO Headquarters in Garching, Germany began. This image shows them being dismantled, and captures both the beginning, and end, of an era.

The ESO staff members who had been working in the temporary buildings — seen here in this aerial photo taken earlier this year — moved into the new Headquarters extension at the beginning of this year. The removal of the containers marks the end of this transition period.

It also marks the beginning of the construction of the ESO Supernova Planetarium & Visitor Centre. In a few months, on the site once occupied by the temporary office buildings, the construction of ESO’s newest building will begin. The ESO Supernova is scheduled to open in spring 2018 and will offer its visitors a modern, interactive astronomical exhibition and one of the most advanced planetariums in the world.

The removal of the temporary office buildings was also captured on video from a drone flying above the site.