Signatures from the past 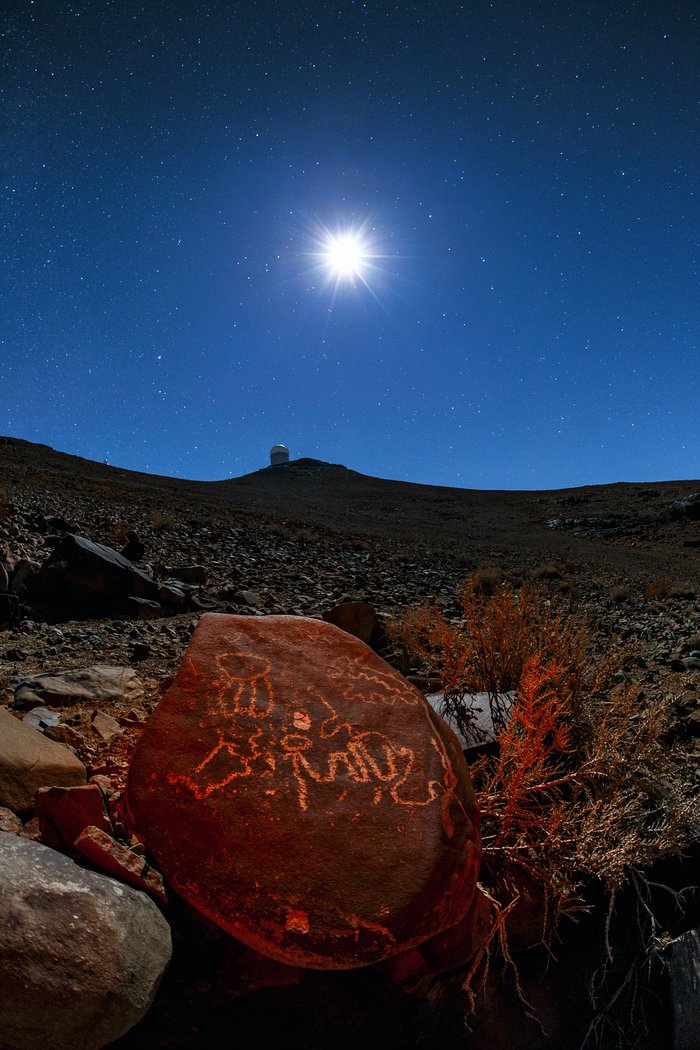 This picture shows the ESO 3.6-metre telescope, located at the La Silla Observatory in Chile. The night sky overhead is dominated by the Moon, which shines so brightly that illuminates the scene fully.

The most dominant feature of this image is the red rock in the foreground. It is marked with prehistoric engravings — signatures from the region’s past. Several such engravings can be found around La Silla, but this particular rock is part of the richest site in the area.

A complete photographic and topographic survey of these engravings was carried out in 1990. The carved rocks predominantly depict scenes involving men and animals, as well as mysterious geometrical figures. It is believed that these engravings originate from the El Molle complex — the first culture in the north of Chile. Geologists believe that the first millennium of our era experienced a lot more rainfall than it does today, allowing parts of the Atacama Desert to support various civilised cultures.