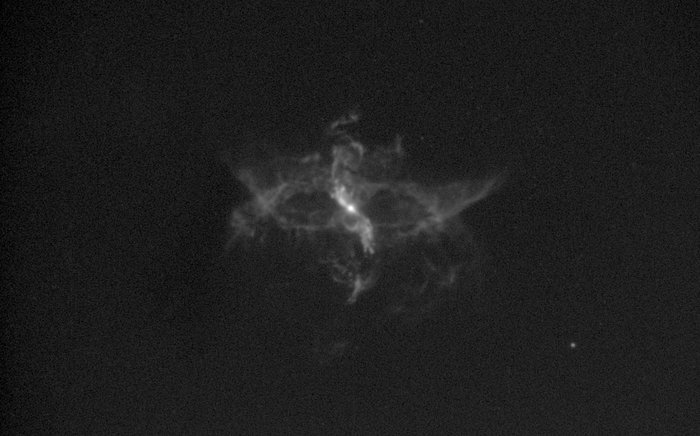 This image shows a chaotic and fascinating binary star system named R Aquarii, as seen in 1997 by the Nordic Optical Telescope on the island of La Palma, Spain. In the 15 years since this image was taken the system has been observed many more times by other telescopes, including ESO’s Very Large Telescope, and has been seen to be expanding and evolving in shape.