Bumps in the heavens 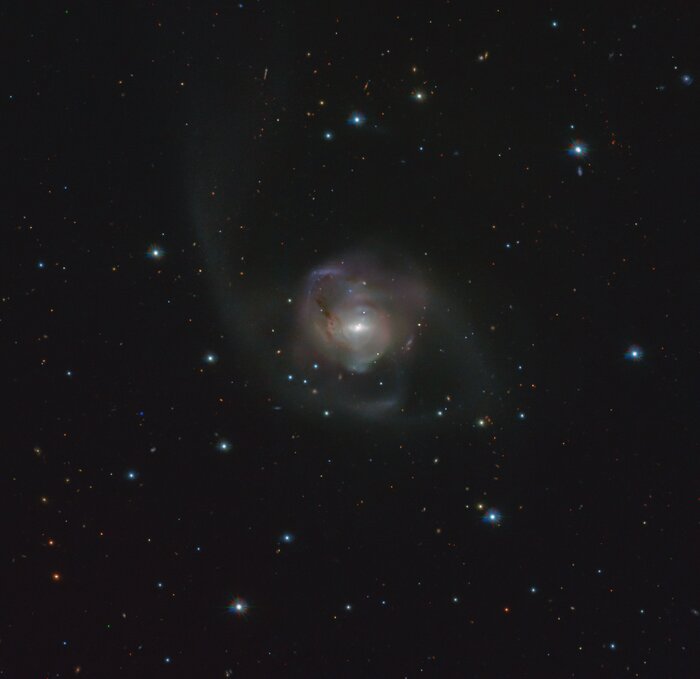 Just as people at a busy crossroad may accidentally bump into each other, so too can galaxies in the Universe! But in this case, the outcome is more dramatic than a small nudge. When two galaxies clash, they merge into each other, giving birth to a new, bigger one. One example is the NGC 7727 galaxy, shown in this image from ESO’s VLT Survey Telescope (VST) in Chile.

Located 89 million light-years away from Earth in the constellation Aquarius, NGC 7727 is believed to be the result of a clash between two galaxies that occurred about one billion years ago. The consequences of this tremendous cosmic bump are still evident in the peculiar, irregular shape of NGC 7727 and the streams of stars in its outer regions.

The image was taken in visible light as part of the VST-ATLAS survey. The goal of the survey is to map a vast region of the Southern Sky — so large you could fit about 19,000 full moons in it! By studying the galaxies in this region, astronomers aim to shed new light on the nature of dark energy, the mysterious force permeating the Universe and causing its accelerating expansion.