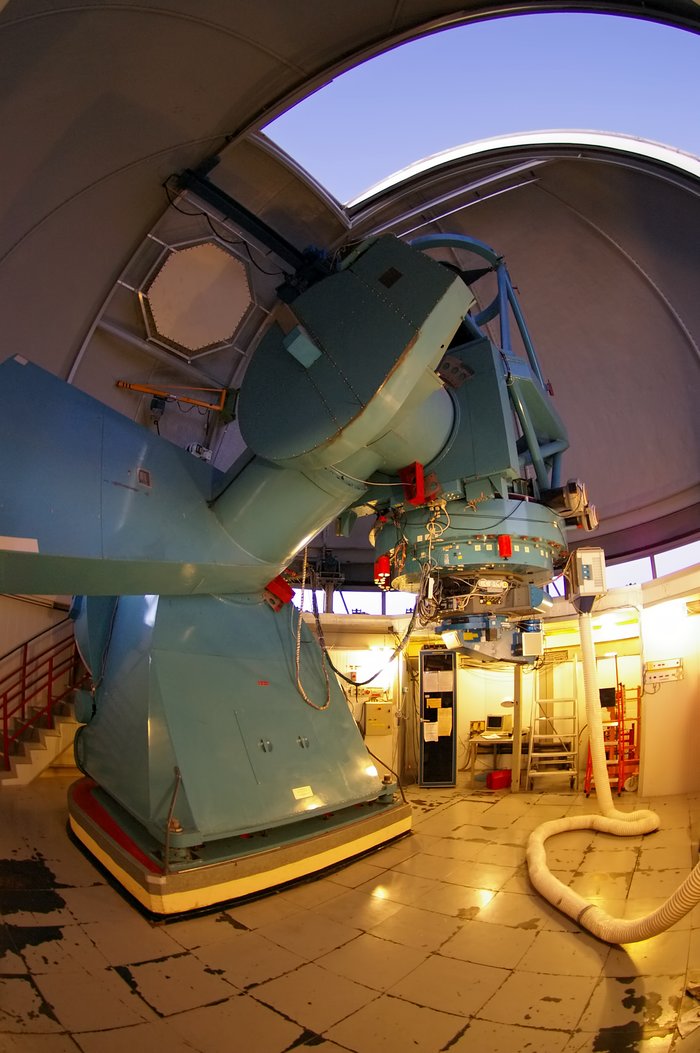 The Danish 1.54-metre telescope was built by Grubb-Parsons, and has been in use at La Silla since 1979. It is equipped with the Danish Faint Object Spectrograph and Camera (DFOSC) spectrograph/camera that is similar in concept and in layout to ESO's EFOSC2 attached to the ESO 3.6-metre telescope.

The picture was taken by Malte Tewes, an astronomer from the École Polytechnique Fédérale de Lausanne in Switzerland.