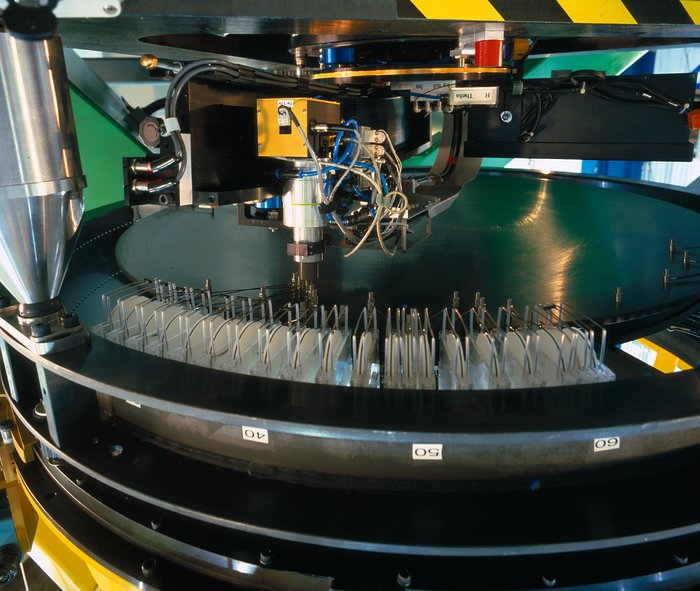 The OzPoz fibre positioner at the FLAMES/GIRAFFE instrument at the VLT is based on the successful concept developed for 2dF at the Anglo-Australian Observatory (AAO): while one plate is observing, the other one is positioning the fibres for the subsequent observations. The dead time between two observations is therefore limited to less than 15 minutes, guaranteeing a very good night duty cycle. OzPoz has the capability to host up to 560 fibre per plate. This picture was obtained in March 2002.