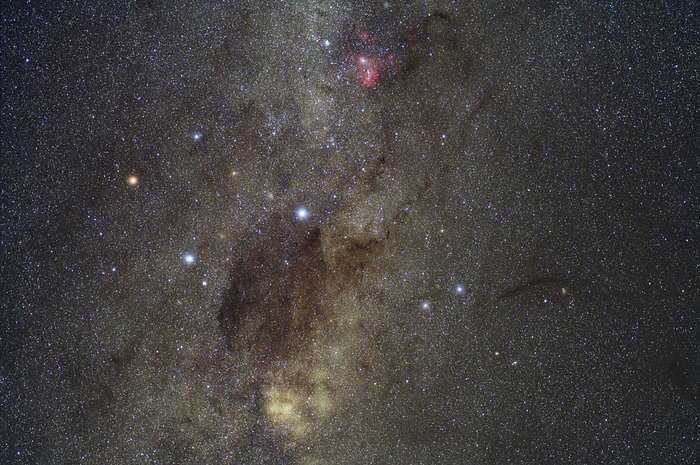 Shining in the southern sky, the four bright stars portrayed in the left part of this image represent a useful orientation mark which helps identifying the South Celestial Pole. Because of the rather distinctive asterism they form, these stars have been officially classified as the Crux constellation, or the Southern Cross.

The vast dark cloud, visible in the lower part of the image, is usually referred to as the Coalsack Nebula; it also has a preeminent role in the Australian Aboriginal culture, representing the head of an emu in the traditional constellation of the "Emu in the Sky".

The ruddy object glowing in the upper part of the image owes its colour to the blaze of hydrogen gas. Catalogued as IC 2948, this emission nebula hosts a sparkling cluster of young stars.