Today, 5 October 2012, the European Southern Observatory (ESO) is celebrating 50 years since the signing of its founding convention. Over the last half century ESO has become the world’s most productive ground-based astronomical observatory. This morning, for the first time ever, observations with ESO’s Very Large Telescope were made of an object chosen by the public. The winner of an anniversary competition pointed the VLT towards the spectacular Thor’s Helmet Nebula and the observations were broadcast live over the internet. To mark the occasion ESO and its partners are organising many other activities in the 15 ESO Member States.

The signing of the ESO Convention on 5 October 1962 and the foundation of ESO was the culmination of the dream of leading astronomers from five European countries — Belgium, France, Germany, the Netherlands and Sweden. They had decided to join forces with the primary goal of building a large telescope that would give them access to the magnificent and rich southern sky.

"Fifty years later, the original hopes of the five founding members have not only become reality, but have been greatly surpassed," says Tim de Zeeuw, ESO’s Director General. "ESO has fully taken up the challenge of its mission to design, build and operate the most powerful ground-based observing facilities on the planet."

At Paranal, ESO operates the Very Large Telescope (VLT), the world’s most advanced visible-light astronomical observatory, which, since first light in 1998, has been a driving force in a new age of discoveries. On the Chajnantor Plateau in northern Chile, ESO and its international partners [2] are are building a revolutionary astronomical telescope — ALMA, the Atacama Large Millimeter/submillimeter Array [3] will help to unveil the mysteries of the cold Universe.

ESO’s original observatory at La Silla is still very productive and remains at the forefront of astronomical research. In particular the HARPS instrument on the 3.6-metre telescope is the world’s most successful exoplanet hunting machine.

ESO’s huge next telescope is only a few years away. The 39-metre European Extremely Large Telescope (E-ELT) will become "the world’s biggest eye on the sky". With first light planned for early in the next decade, the E-ELT will tackle the biggest scientific challenges of our time and may revolutionise our perception of the Universe as much as Galileo's telescope did more than 400 years ago.

To celebrate the 50th anniversary, ESO and its partners are organising many events and public initiatives during 2012 [4]. A series of special coordinated public events are taking place today in the 15 Member States, as well as a multitude of Awesome Universe exhibitions.

As part of the anniversary celebrations, for the first time ever, this morning the VLT  was pointed towards an object in the sky selected by members of the public — the Thor’s Helmet Nebula [5]. This nebula was picked in the recent Choose what the VLT Observes contest (ann12060). The observations were performed by Brigitte Bailleul — winner of the Tweet Your Way to the VLT! competition — and were broadcast live over the internet from Paranal Observatory. This image, taken in the superb conditions typical of Paranal, is the most detailed ever obtained of this striking object.

"With the VLT, ALMA and the future E-ELT, ESO is entering a new era, one that not even the initial bold dreams of ESO’s founding members could have anticipated. To all of you that have made it possible, on behalf of ESO, thank you!" concludes Tim de Zeeuw.

[1] Information about the publication statistics at different observatories is given here.

[2] The ALMA project is a partnership of Europe, North America and East Asia in cooperation with the Republic of Chile.

[3] ALMA will be a single telescope composed of 66 high-precision antennas. ALMA's construction will be completed in 2013, but early scientific observations with a partial array began in 2011 (eso1137).

[4] A documentary movie is being released to celebrate the  anniversary, together with a sumptuously illustrated book. The movie has been also released as episodes in ESO’s popular ESOcast video podcast series. In addition, a new and very detailed book on the history of ESO’s triumphs and challenges will be published.

[5] The Thor’s Helmet Nebula, also known as NGC 2359, lies in the constellation of Canis Major (The Great Dog). The helmet-shaped nebula is around 15 000 light-years away from Earth and is over 30 light-years across. The helmet is a cosmic bubble, blown as the wind from the bright, massive star near the bubble's centre sweeps through the surrounding molecular cloud. The glowing gas is heated by the energetic radiation provided by the central star. Many different colours, originating from different elements in the gas, are also visible, as well as many dust clouds.

The year 2012 marks the 50th anniversary of the founding of the European Southern Observatory (ESO). ESO is the foremost intergovernmental astronomy organisation in Europe and the world’s most productive ground-based astronomical observatory by far. It is supported by 15 countries: Austria, Belgium, Brazil, the Czech Republic, Denmark, France, Finland, Germany, Italy, the Netherlands, Portugal, Spain, Sweden, Switzerland and the United Kingdom. ESO carries out an ambitious programme focused on the design, construction and operation of powerful ground-based observing facilities enabling astronomers to make important scientific discoveries. ESO also plays a leading role in promoting and organising cooperation in astronomical research. ESO operates three unique world-class observing sites in Chile: La Silla, Paranal and Chajnantor. At Paranal, ESO operates the Very Large Telescope, the world’s most advanced visible-light astronomical observatory and two survey telescopes. VISTA works in the infrared and is the world’s largest survey telescope and the VLT Survey Telescope is the largest telescope designed to exclusively survey the skies in visible light. ESO is the European partner of a revolutionary astronomical telescope ALMA, the largest astronomical project in existence. ESO is currently planning the 39-metre European Extremely Large optical/near-infrared Telescope, the E-ELT, which will become "the world’s biggest eye on the sky". 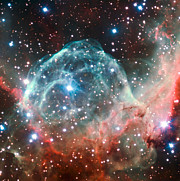 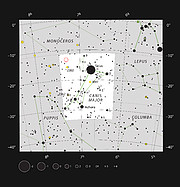 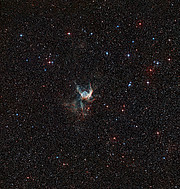