Australia to Build Fibre Positioner for the Very Large Telescope

The Anglo-Australian Observatory (AAO) at Epping (New South Wales, Australia) has been awarded the contract to build a fibre positioner for the European Southern Observatory's Very Large Telescope (VLT). This new, large astronomical facility is located at the Paranal Observatory in Chile and will feature four Unit Telescopes, each with a main mirror of 8.2-m diameter.

This positioner, (affectionately) known as the OzPoz , will form part of the FLAMES facility (the F ibre L arge A rea M ulti- E lement S pectrograph), to be mounted on the second Unit Telescope (UT2) of the VLT in 2001. The construction of this facility includes other institutes in Europe, e.g. Observatoire de Genève (Switzerland) and Observatoire de Meudon (France). The ESO Instrument Division will coordinate the entire project that will result in an observational capability that is unique in the world.

Optical fibres have come to play an increasingly important role as transmitters of information, for instance in telephone and computer networks. It may be less known that they can be used in a similar way to transmit visible and infrared light in astronomical telescopes.

Over the past decade, the AAO has been refining its skills in building optical-fibre instruments for its own telescopes, the 3.9-metre Anglo-Australian Telescope and the 1.2-m UK Schmidt Telescope (a telescope dedicated to wide-field surveys). These instruments enable astronomers to study many celestial objects simultaneously, increasing the effectiveness and productivity by enormous factors.

The OzPoz positioner sets up to 560 optical fibres (developed in collaboration with the Observatoire de Meudon in France) very precisely by a robotic arm to match the positions of galaxies and quasars in the telescope's focal plane. The positional accuracy is about 50 µm (0.05 mm), or 0.08 arcsec on the sky. The fibres siphon the light from these very faint and distant astronomical objects and guide it to very efficient, custom designed, spectrographs. Here the light is dispersed into its characteristic colours and analysed to determine the object's type, distance and chemical composition, etc.

In just one night, it is possible to observe and analyse thousands of objects, a task that would have taken years in the past.

Dr. Brian Boyle , Director of the AAO, is very pleased with the new ESO contract: "The AAO has been recognised many times in the past as being a world-leader in astronomy, but this contract marks a new era. Up until now, we have built instruments for our own telescopes to ensure we stay ahead. Now we have expanded into instrument making for other telescopes. Our engineers, computer programmers and scientists have formed a productive and innovative team which is the envy of many observatories around the world."

The Director General of ESO, Professor Riccardo Giacconi , is also happy: "The Anglo-Australian Observatory has excellent credentials in instrument making, and we have no doubt about their ability to build the critical optical fibre positioner for the VLT. The spectacular success of the AAO 2dF instrument (see below) reinforced our decision."

The contract will take about 3 years to build and will involve the work of at least 10 AAO engineers and technicians over this period.

The 2dF (two-degree field) optical fibre positioner has taken more than seven years to perfect, and is now fully operational at the 3.9 m Anglo-Australian Telescope.

With it, two very ambitious survey projects are now well underway. The 2dF Galaxy Redshift Survey and the 2dF Quasar Redshift Survey aim at analysing more than 250 000 galaxies and 3000 quasars over the next few years to give a three-dimensional picture of the Universe on a large scale. A few nights of early observations yielded spectra from 4000 galaxies and 1000 quasars; a massive data set which, through expert, dedicated software, was analysed on-line and distributed to the international science team by email within minutes of the completion of the observations.

[1] This Press Release is issued jointly by ESO and the Anglo-Australian Observatory (AAO). 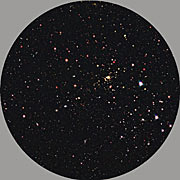