The VLT Control Room at the Paranal Observatory is becoming a busy place indeed. From here, two specialist teams of ESO astronomers and engineers now operate two VLT 8.2-m Unit Telescopes in parallel, ANTU and KUEYEN (formerly UT1 and UT2). Regular science observations have just started with the first of these giant telescopes, while impressive astronomical images are being obtained with the second.

The work is hard, but the mood in the control room is good. Insiders claim that there have even been occasions on which the groups have had a friendly "competition" about which telescope makes the "best" images! The ANTU-team has worked with the FORS multi-mode instrument, their colleagues at KUEYEN use the VLT Test Camera for the ongoing tests of this new telescope. While the first is a highly developed astronomical instrument with a large-field CCD imager (6.8 x 6.8 arcmin 2 in the normal mode; 3.4 x 3.4 arcmin 2 in the high-resolution mode), the other is a less complex CCD camera with a smaller field (1.5 x 1.5 arcmin 2), suited to verify the optical performance of the telescope.

As these images demonstrate, the performance of the second VLT Unit Telescope is steadily improving and it may not be too long before its optical quality will approach that of the first.

We present here some of the first astronomical images, taken with the second telescope, KUEYEN, in late March and early April 1999. They reflect the current status of the optical, electronic and mechanical systems, still in the process of being tuned. As expected, the experience gained from ANTU last year has turned out to be invaluable and has allowed good progress during this extremely delicate process.

Astronomical observations with ANTU have started

On April 1, 1999, the first 8.2-m VLT Unit Telescope, ANTU , was "handed over" to the astronomers. Last year, about 270 observing proposals competed about the first, precious observing time at Europe's largest optical telescope and more than 100 of these were accommodated within the six-month period until the end of September 1999. The complete observing schedule is available on the web.

These observations will be carried out in two different modes. During the Visitor Mode , the astronomers will be present at the telescope, while in the Service Mode , ESO observers perform the observations. The latter procedure allows a greater degree of flexibility and the possibility to assign periods of particularly good observing conditions to programmes whose success is critically dependent on this.

The first ten nights at ANTU were allocated to service mode observations. After some initial technical problems with the instruments, these have now started. Already in the first night, programmes at ISAAC requiring 0.4 arcsec conditions could be satisfied, and some images better than 0.3 arcsec were obtained in the near-infrared . The first astronomers to use the telescope in visitors mode will be Professors Immo Appenzeller (Heidelberg, Germany; "Photo-polarimetry of pulsars") and George Miley (Leiden, The Netherlands; "Distant radio galaxies") with their respective team colleagues. 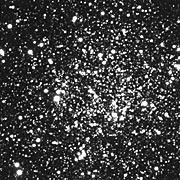 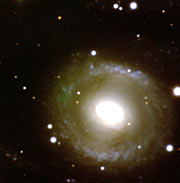 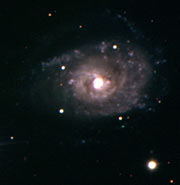 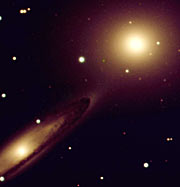 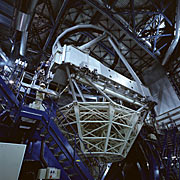 PR Image eso9923e
VLT KUEYEN
Send us your comments!
Subscribe to receive news from ESO in your language
Accelerated by CDN77
Terms & Conditions