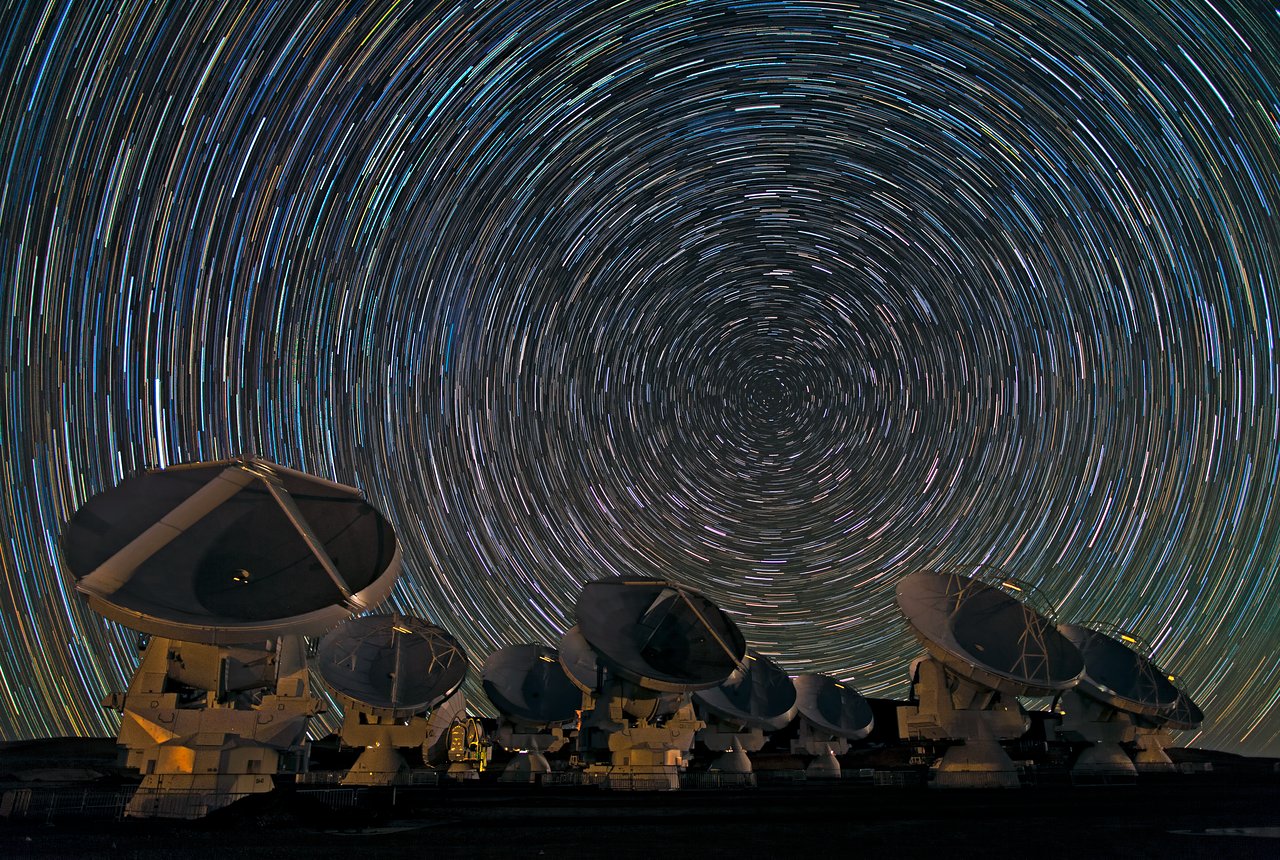 ALMA antennas on the Chajnantor Plateau, under dramatic whorls of stars reminiscent of van Gogh’s Starry Night. These whorls reveal the rotation of the Earth: in the southern hemisphere, as the Earth turns, the stars appear to move in circles around the south celestial pole, which lies in the dim constellation of Octans (The Octant). With a long enough exposure, the stars mark out circular trails as they move.