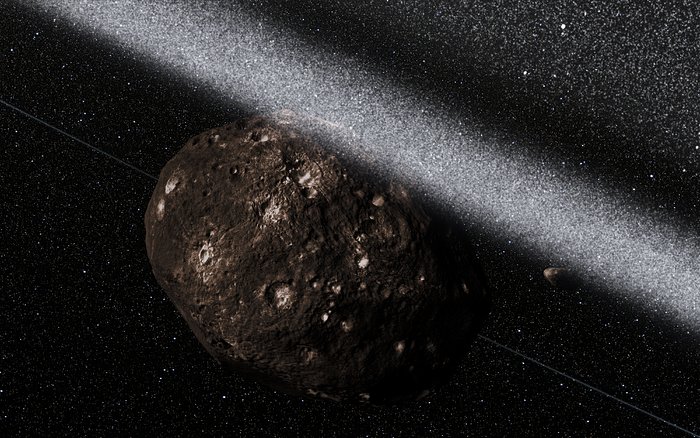 This artist’s impression shows the view from inside the ring system, with Chariklo behind and shepherding satellites also visible.