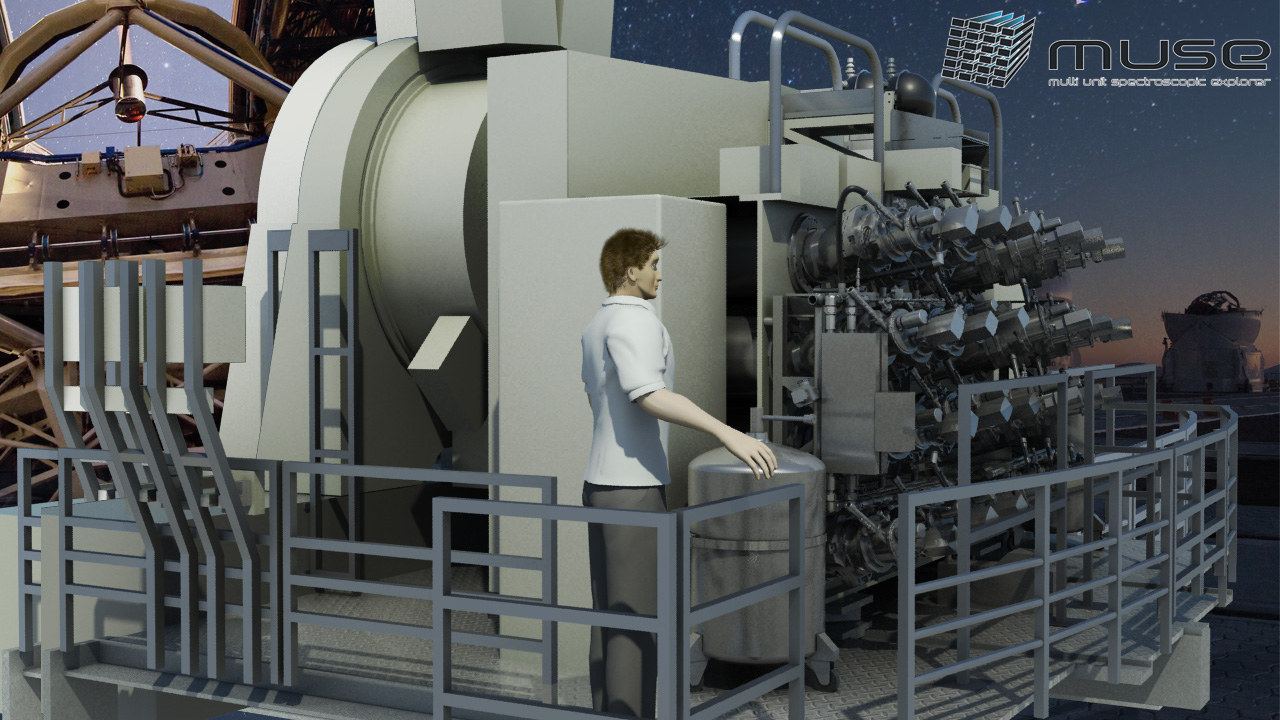 The concept of MUSE foresees the splitting of the adaptive optics corrected field of view in 24 sub-fields. Each of these sub-fields is fed into a spectrograph (called Integral Field Unit, IFU). An image slicer in front of each IFU serves as entrance slit, thus producing a spatially resolved spectrum of the full sub-field.

MUSE will feature a Wide Field Mode (WFM) with a field of view (fov) covering 1x1 arcmin and a Narrow Field Mode (NFM) with a fov of 7.5x7.5 arcsec (see below).

A "fore-optics tower" between the telescope focus and the IFUs hosts a field de-rotator, an ADC, the shutter and the field splitting optics. 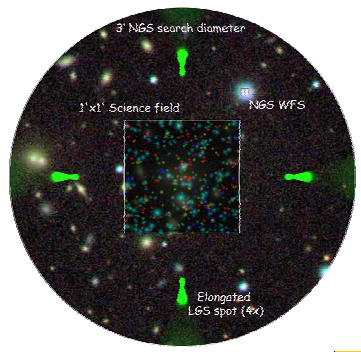 MUSE will use adaptive optics. This image gives an idea of the MUSE field of view in the WFM including one natural guide star (NGS) and the four elongated artifical laser guide stars (LGS), here shown in green (click to enlarge).

The MUSE adaptive optics system is known as "GALACSI". It is being designed by ESO as part of the Adaptive Optics Facility (AOF). 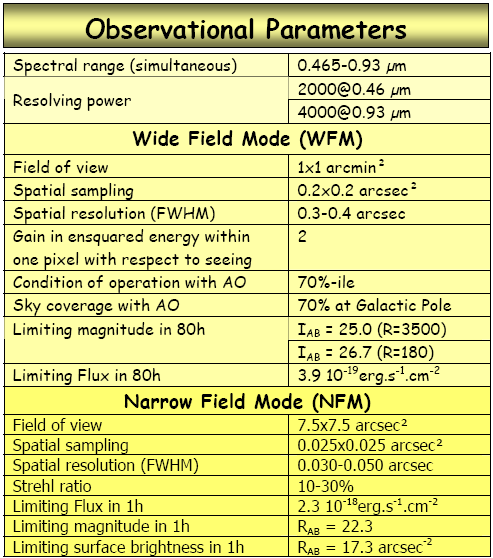 This is an overview of the planned observational parameters of MUSE (click to enlarge).

The Narrow Field Mode will provide an exquisite spatial resolution (up to 10-30% Strehl ratio in the I-z band) in a smaller field of view. This mode will enable a wide range of scientific applications similar to the HST STIS type science but with an improved spatial resolution and a 2D spatial coverage.

MUSE will be optimised for the study of:

These science objectives were elaborated by the MUSE Consortium during the Phase A study.

A good overview is given by the MUSE Consortium.