The impact of Herschel surveys on ALMA Early Science

The workshop will explore the common goals of Herschel and ALMA science programs, with a special focus on targeting the ALMA Early Science observations to complement the results of the Herschel Key Programs.

Details of the workshop can be retrieved from the menu on the right which includes rationale of the meeting and the organizing committees .

The Atacama Large Millimeter/submillimeter Array (ALMA) will allow a great leap forward in the exploration of the 'cool universe' - the earliest evolutionary stages of galaxies, stars and planets. ALMA is currently in its scientific commissioning phase and the current expectation is to start Early Science observations in 2011.

The recently launched Herschel Space Observatory satellite, covering the spectral range from the far infrared to the submillimetre, will complete most of the Key Programme observations by the end of 2010. Herschel's exciting first results on galaxy formation and evolution as well as on the galactic star-formation and the interstellar medium are highly complementary to the science that ALMA will deliver soon. These observatories make a good combination not only in the wavelength regime, providing well sampled Spectral Energy Distributions of galaxies or the galactic young stars, but also in the angular resolution. The high angular resolution that ALMA will provide makes it the perfect resource for follow-up on the science targets observed and identified in the arcminute-sized fields of view of Herschel.

The workshop is designed to explore the powerful combination between Herschel and ALMA, taking advantage of the Herschel's first results to best exploit the ALMA Early Science call for proposals expected towards the end of 2010. We hope to foster collaborations among Herschel users and between the Herschel and ALMA communities, that will provide a coordinated action at the time of the forthcoming ALMA Early Science call for proposals. The potential for deep legacy type surveys with the completed ALMA array will also be discussed. 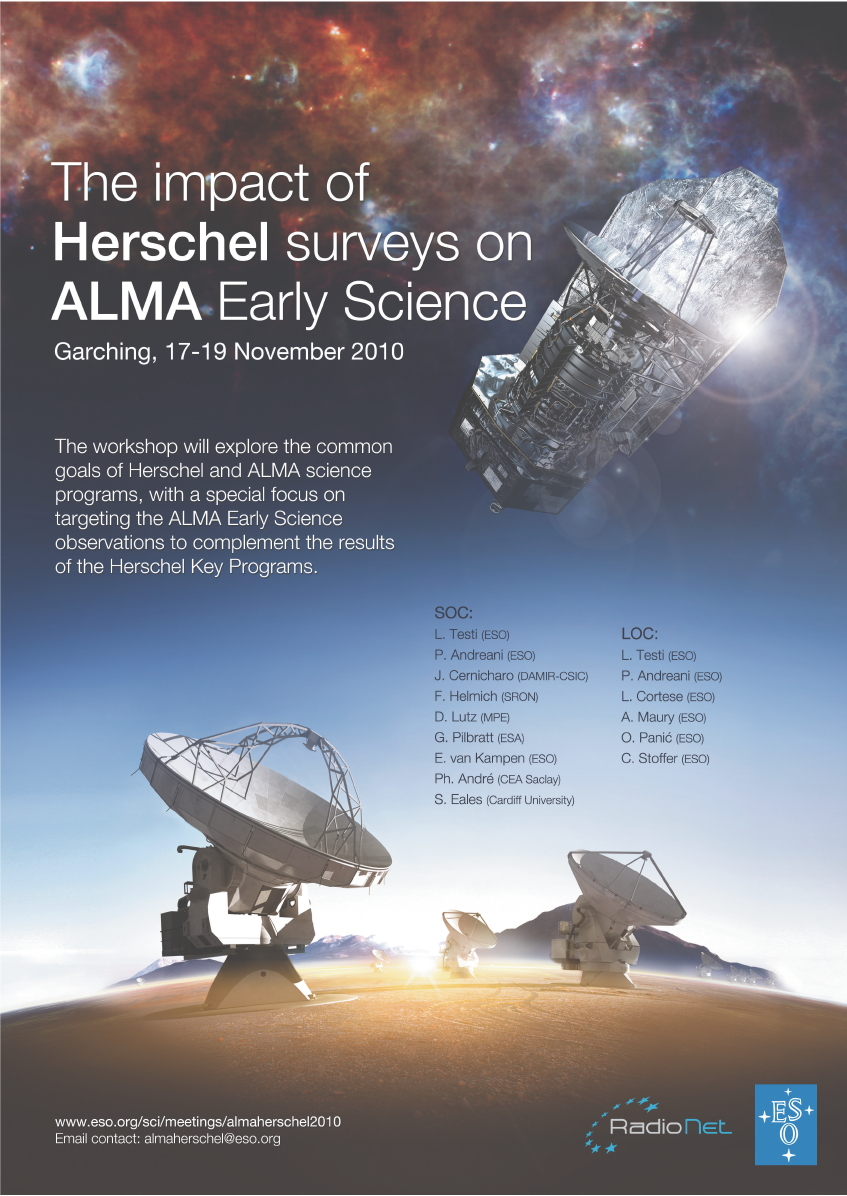