This is the first data release for the VISTA Deep Extragalactic Observations (VIDEO) Survey, PI Matt Jarvis. This data release is comprised of imaging, confidence maps and catalogues for the VIDEO survey currently being conducted on ESO's VISTA. Imaging over the XMM3 tile of the VIDEO survey in Y, J, H and Ks filters is released covering ~1.5 square degrees. 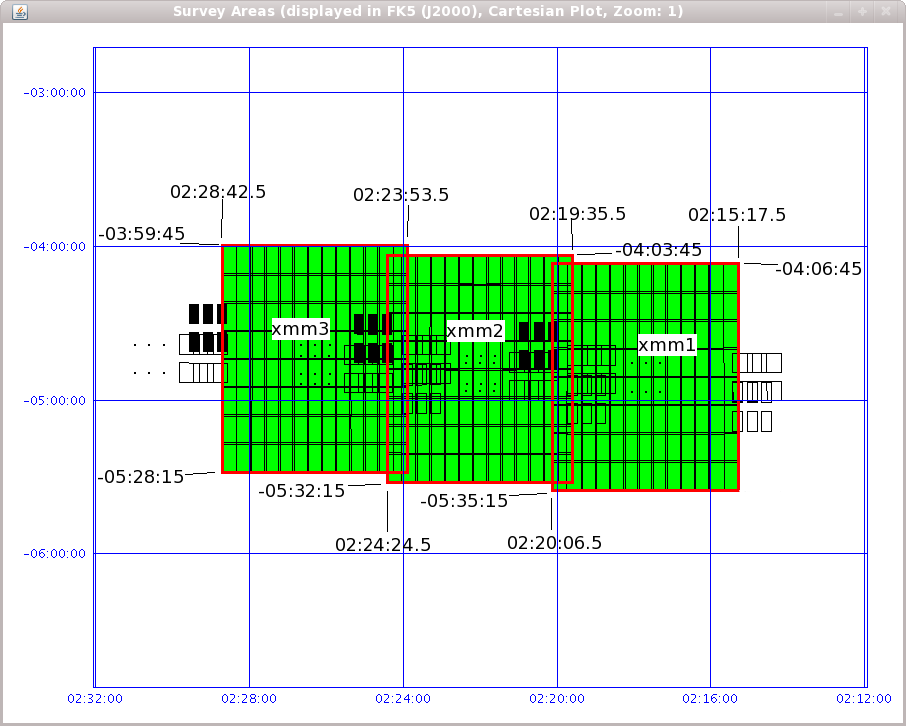 Fig 1. SADT representation of the VIDEO XMM-LSS fields. This release only includes data from the XMM3 tile.

This data release includes all tiles from the Dry Run phase over the XMM3 (see Figs 1) tile of the VIDEO Survey. The observations are summarised in Table 1.

Full details of the files released can be found in release_content.txt (plain ASCII format).

The next data release will include stacked images and aperture matched photometry from these deep stacks.

The reduction of this data was carried out at the Cambridge Astronomy Survey Unit as part of the VISTA Data Flow System. Full details of the reduction, calibration based on 2MASS and the catalogue generation for this release can be found at http://casu.ast.cam.ac.uk/surveys-projects/vista/technical/data-processing. Here we provide a brief summary of the steps implemented in generating the tiles for the VIDEO survey.

For this release we include all data, even those data that do not strictly meet the seeing criteria set out for the VIDEO survey. For example, many of the tiles have a seeing of >0.8 arcsec (the specified seeing limit for VIDEO). We include these to enable the user to explore the full data set for time variable sources and other science that do not crucially depend on the higher resolution imaging. In future releases these data may not be included in the deep-stacked images due to increasing the noise. This will be fully documented. However, we will continue to release all imaging data accrued as part of the VIDEO survey, even when it does not meet the quality for the deep stacks, for use by the community.

In April 2011 we found an error in the photometry at the faint magnitudes (KAB>20.5) due to non-optimal sky subtraction (see Fig. 2). The data has not been corrected for this in this data release as the depth of the individual tiles is unaffected, however it would be affected if these tiles were stacked. The data is currently being re-reduced to correct for this and the next data release will have all of the correct photometry and the deep stacked data. The photometric accuracy for objects with KAB<20 meets the intended accuracy of <2% global photometry. 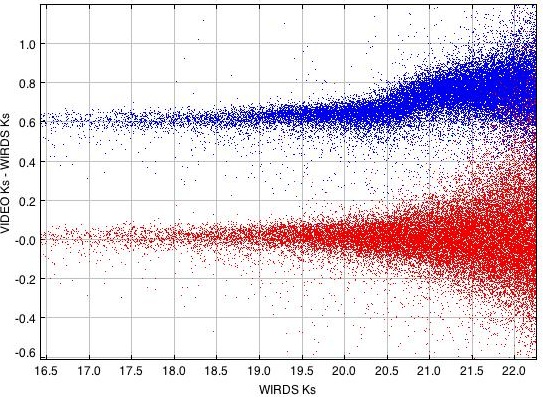 A list of the tiles is provided in release_content.txt. The corresponding confidence images have the same filename but with _conf and the corresponding source catalogues have a _cat appended.

Users of data products provided in this release are required to acknowledge the source of the data with an appropriate citation in their publications in the form:

Based on data products from observations made with ESO Telescopes at the La Silla or Paranal Observatories under ESO programme ID 179.A-2006.