Behind the scenes at ESO: Showing you the road to the stars
What you’ll discover in this blog post:
Star formation is a bit like baking a cake: you need the right ingredients and the right conditions. Finding the right ingredients is easy; nebulae are full of gas and dust ready to be whipped up into young stars. But what remained a mystery in the theory of star formation is how the right conditions are obtained…until now. Thanks to research undertaken using some of the world’s most advanced telescopes, astronomers are starting to narrow down the specific circumstances necessary for stars to be born, which could change our understanding of the first steps of stellar evolution. Using the Atacama Large Millimeter/submillimeter Array (ALMA), a group of astronomers led by Felipe de Oliveira Alves from the Max Planck Institute for Extraterrestrial Physics has observed the environment around Young Stellar Objects (YSOs), the precursors to fully-fledged stars, for the first time. We talked to Felipe to learn more about their surprising results. 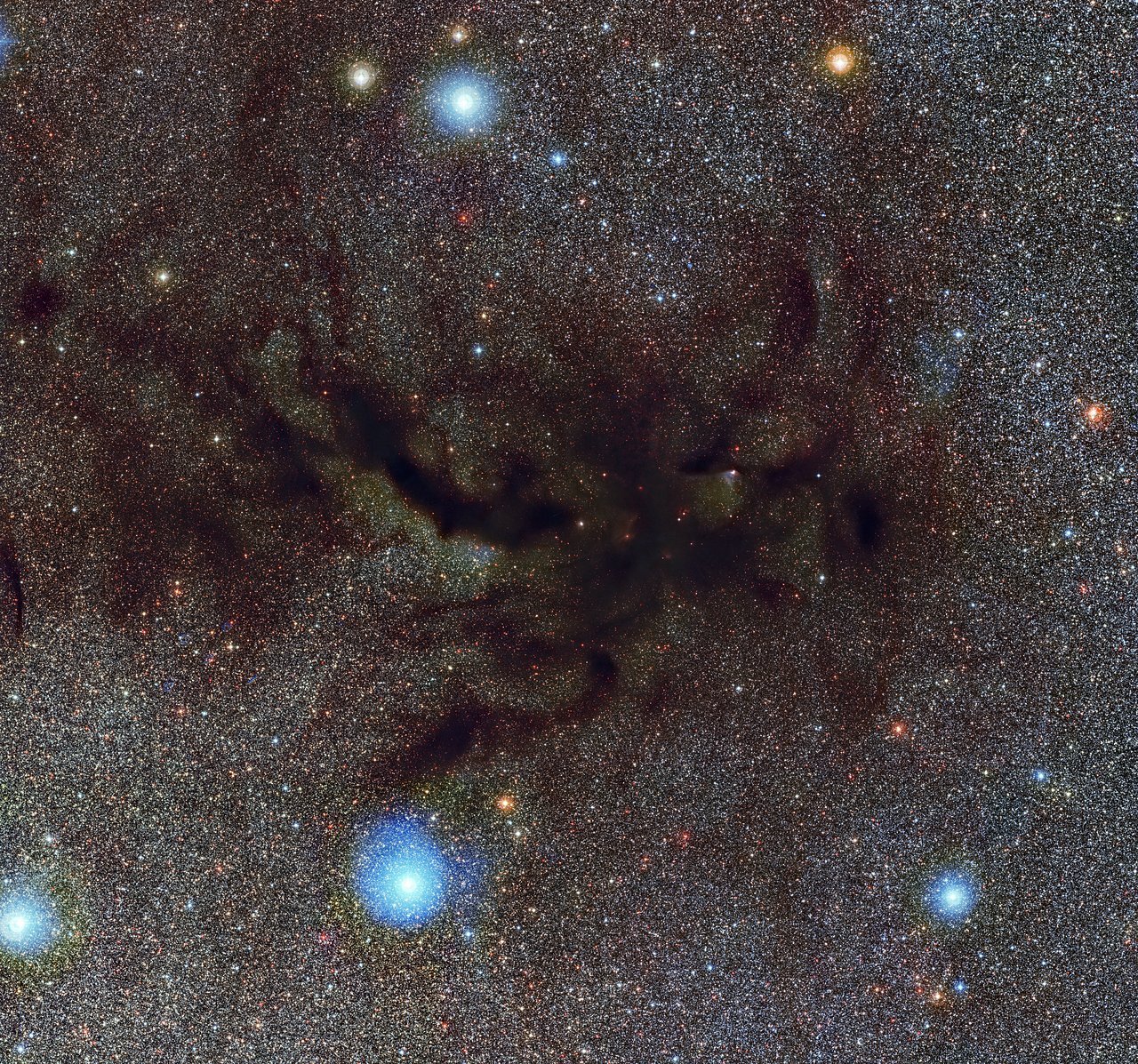 Q: To start with, why do we investigate star formation and what are the challenges involved in studying young stellar objects?

A: Our main interest when we study star formation is to understand our own cosmological history. We want to understand how protostellar objects like YSOs evolve to become stars, so we study clouds of gas and dust that may harbour these conditions.

But unlike researchers in a lab, observational astronomers have no control whatsoever over our samples. We only have access to one physical output from the star — its light — so we have to extract the star’s properties from its light at distinct wavelengths. Our goal is to find a self-consistent interpretation from what we see, which can be challenging given the variety of conditions found in the dusty interstellar medium.

Q: What were you trying to find out by studying young stellar objects?

A: Around the young stellar object is a disc of fast-moving material, which is surrounded by a much larger, slower-moving envelope of gas and dust. We know that one important condition for star formation is that the disc around a YSO must be rotating at a fairly slow speed in order for it to grow into an adult star. This means that it has to get rid of excess angular momentum — a measure of how much it is spinning. The winds within the dusty, gaseous layers around a star can help remove the angular momentum, but for a long time, we didn’t know how these winds actually interacted with the star’s environment — or where they came from!

Q: So what did you and your team observe?

A: We used ALMA to observe a YSO called BHB07-11 in the star-forming cloud Barnard 59, focusing on the gaseous envelope that surrounds the protostar. We wanted to pinpoint the launching site of the outflowing material — the winds — necessary to remove extra angular momentum from the YSO. To our surprise, a lot of this outflow launches where the edge of the disc meets the inner part of the surrounding envelope, much further out than expected.

Our observations also showed that the place where the outflows leave the disc coincides with where the inflows enter. Incidentally, at this area, the magnetic field lines of the protostar strengthen. Simulations have looked at how magnetic field lines can be dragged into the inner envelope by the inflowing material. This causes the magnetic field lines to be pinched at these “infall landing sites”. Our observations confirm this effect, connecting the protostar’s magnetic field to the source that drives these winds. It’s implied that the pinched magnetic fields are large, since they create outflows, and are crucial for redistributing the angular momentum of the YSO and forming a stable circumstellar disc. Previously, we thought these winds only happen on the disc’s surface, not outside of the disc. These new results will help us better understand how protostars grow into stars.

This image of the disc and envelope around a protostar, taken in radio wavelengths with ALMA, is overlaid with carbon molecular lines denoting the outflowing material. The material is ejected from the edge of the disc, seen here roughly at the edge the yellow area. Since the wavelength of the carbon emission shifts slightly if it moves away from or towards an observer, astronomers could find the velocity of the material. The left image is material moving towards us while the right panel shows material moving away from us.
Credit: F. O. Alves/MPE

Q: What were your initial thoughts when your team discovered that the outflow was coming from the surrounding envelope?

Only with ALMA could we make these studies

A: We were astonished! The region we studied between the envelope and disc had been previously investigated by other teams at a lower resolution, who showed a large outflow being powered by a young stellar object, but it was hard to pinpoint where the outflow originated. Only with ALMA could we make these studies.

Q: What exactly is the relationship between the outflows, inflows, and the magnetic field?

The outflows, inflows, and magnetic field are all essential ingredients to keep the YSOs dynamically stable. In the same way that a spinning ballet dancer increases their speed of rotation when they pull their arms close to their body, material collapsing on itself from a rotating cloud will also speed up sharply, thanks to the conservation of angular momentum. However, this increase in rotation speed could lead to unstable systems. For a star to form, the outflows and magnetic fields must work together to help the system redistribute its angular momentum. The outflows driven by the magnetic field are key to such a process.

Q: Why is ALMA so well-suited to studying YSOs?

YSOs are embedded in dense cores of dust and gas. This makes them impossible to observe in visible light and sometimes near-infrared wavelengths because the light emitted by the protostar is absorbed by the surrounding cloud. The ALMA band 6 receivers cover a frequency range that is very sensitive to the wavelengths emitted by cold interstellar dust, so we can study the properties of these cores, observing chemical signatures and studying their movements — at the highest level of detail level ever achieved at such frequencies!

ALMA is finally giving us the sensitivity and resolution to obtain sharp images of discs around YSOs. Not only have our results revealed where the outflows originate, but they are also the equivalent of a prenatal ultrasound image for a baby star, where we can see spiral structures — only visible thanks to ALMA’s fantastic sensitivity. We now have the facilities to observe and investigate the physical conditions in which a dense core becomes a stellar system, which is incredibly amazing for the future of protostellar research.

ALMA has 66 antennae which can be optimally arranged to study gas and dust of the cool Universe. This study by Alves and his team used 44 of the antennae to peer into the dark nebula of cloud Barnard 59.
Credit: ESO/S. Guisard (www.eso.org/~sguisard)

Felipe de Oliveira Alves is a researcher at the Max Planck Institute for Extraterrestrial Physics in Garching, Germany.
Email: falves@mpe.mpg.de