Behind the scenes at ESO: Showing you the road to the stars
What you’ll discover in this blog post:
On 20 September 2016, the International Astronomical Union (IAU) approved the name Taltal for a crater on Mars. In part due to its striking resemblance, the Martian Taltal was named after an area of Chile home to some of ESO’s state-of-the-art telescopes. The name means “Night Bird” in the Mapudungun language spoken by the Mapuche people indigenous to Chile.

Taltal is a town and commune in the Atacama Desert in the Antofagasta Region of Chile. First recorded in the 1850s, the commune now has a population of over 13 000 and covers an area of 20 405 square kilometres. Taltal already hosts ESO’s world-famous Paranal Observatory, home to the Very Large Telescope (VLT), and the neighbouring commune of Antofagasta will soon host the Extremely Large Telescope (ELT), to be situated on Cerro Armazones. 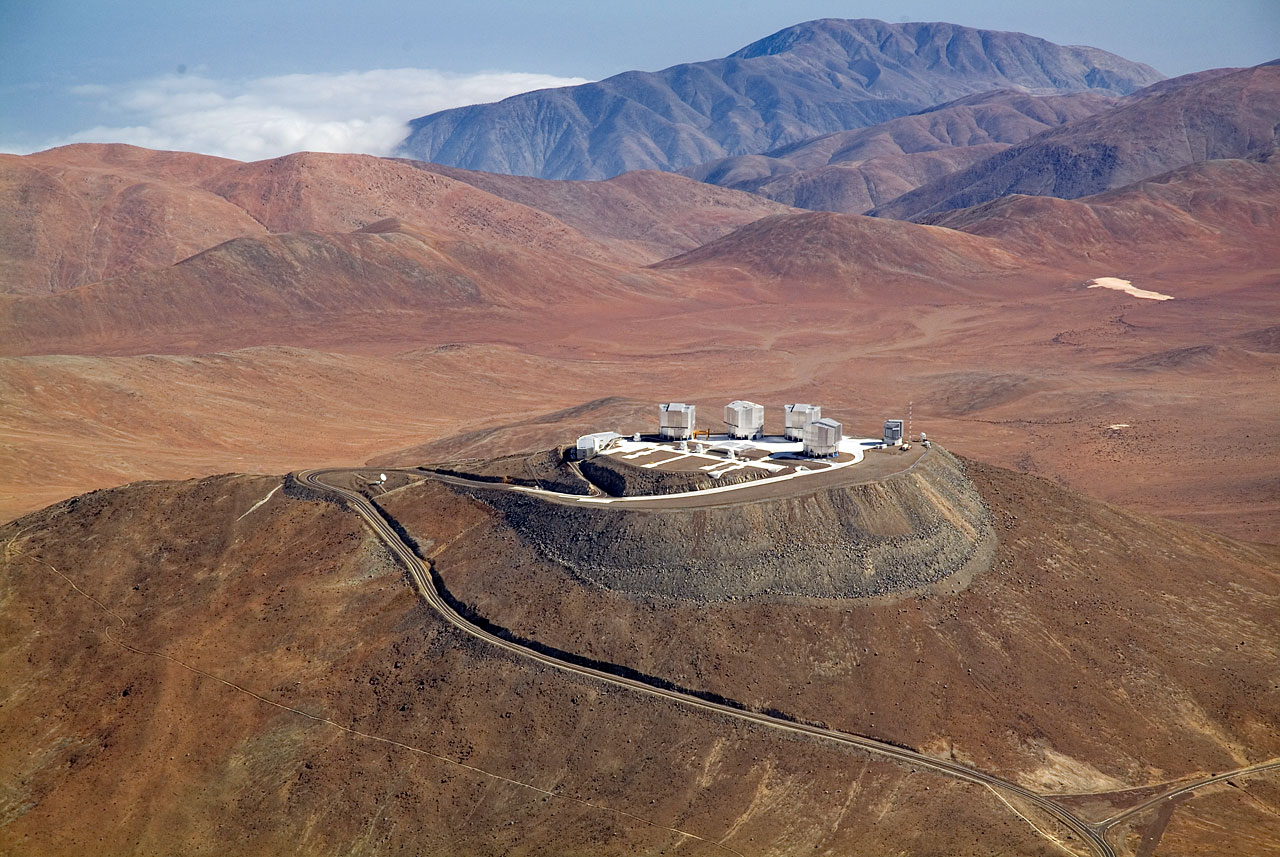 Many people who have visited the Atacama Desert with its red, dusty soil and barren landscape have remarked upon its similarity to Mars. But what is missing from the Chilean landscape is craters. Our planet has been battered by space rocks just as often as our planetary neighbour, but Earth is a constantly changing place. Tectonic activity, life, and the atmosphere erode craters over time, whereas the less active Mars preserves the scars of its past and is pockmarked with impact craters. Researchers have catalogued over 600 000 Martian craters greater than one kilometre in diameter, compared to a meagre few hundred on Earth.

Many people who have visited the Atacama Desert with its red, dusty soil and barren landscape have remarked upon its similarity to Mars.

Dr. Tjalling de Haas of Utrecht University, the Netherlands, was studying gullies — channels probably formed by running water — in one of these Martian craters. Such a study subject requires a name, and Taltal was suggested by a member of the IAU Working Group for Planetary System Nomenclature. The Chilean commune has a similar geological landscape to the Martian crater, with sediment deposits that resemble the deposits found at the end of the gullies. The Taltal commune is also a dry and arid place, making it a fitting namesake.

Measuring ten kilometres across, Taltal crater is located in a large region in the southern hemisphere of Mars, called Terra Sirenum. This upland area is marked by widespread cratering, including the 300-kilometre-wide Newton Crater. Remarkably, the average elevation of the Taltal commune on Earth and the elevation of the Martian crater are about the same — approximately 2100 metres above “sea level”.

Craters are not the only intriguing aspect of Terra Sirenium; it also boasts tantalising hints of water. Chloride-based mineral deposits suggest the region once hosted near-surface water, and indicate the presence of an ancient lake bed, 200 metres deep with an area of 30 000 square kilometres. And it is likely that recently-flowing water produced many of the gullies running down Terra Sirenum’s steep crater rims.

The name Taltal originates from Mapudungun, the language spoken in south-central Chile and western-central Argentina by the Mapuche people who make up over 80% of Chile’s indigenous population, and 9% of the total Chilean population. Taltal is a variant of the Mapudungun Thalthal, meaning “night bird”. A language isolate, Mapudungun has no obvious relation to other languages — its lineage cannot be drawn to any common linguistic ancestor. As experts estimate that just 200 000 people can speak Mapudungun fluently, efforts are being made to preserve this ancient language.

Taltal is a variant of the Mapudungun Thalthal, meaning “night bird”.

The flag of the Mapuche people, who make up over 80% of Chile’s indigenous population and are heavily influenced by the cosmos.
Credit: Huhsunqu

Mapuches have lived in southern Chile for thousands of years. They have a deeply rooted connection to nature and its power on life on Earth; Mapuche literally means “People of the Earth” in Mapudungun. Like many indigenous people, Mapuche have a close relationship with the night sky. Cosmology is centred around the idea of a creator (ngenechen); embodied in four parts by an older man (fucha/futra/cha chau), an older woman (kude/kuse), a young man and a young woman. Fundamental too, are complex ideas about spirits and their coexistence alongside humans and animals. The Mapuche flag displays four astronomical symbols: a star, a crescent Moon and two Suns.

As a symbol of its commitment to preserving Chilean culture, ESO named the four Unit Telescopes of its Very Large Telescope (VLT) after Mapudungun words. School children from the Antofagasta region of Chile were asked to suggest and justify names, and the competition drew many excellent entries dealing with the rich cultural heritage of ESO's host country. The telescopes were named Antu, Kueyen, Melipal and Yepun, which respectively mean the Sun, the Moon, the Southern Cross and Venus.

This fish-eye image taken at Paranal Observatory shows the four VLT Unit Telescopes, named Antu, Kueyen, Melipal and Yepun. These are astronomical words in the Mapuche language of the indigenous people of Chile.
Credit: R. Wesson/ESO
As a symbol of its commitment to preserving Chilean culture, ESO named the VLT Unit Telescopes after Mapudungun words.

It is common for small Martian craters (less than 60 kilometres in diameter) to be named after towns or villages, whereas larger craters tend to be named after deceased scientists, writers and others who have contributed to the study and the story of Mars. Features are named when they come under scientific scrutiny, making it easier for them to be mapped, described and discussed, but a scientist can’t just give an interesting feature any name they like!

When the first images of the surface of a planet, moon or asteroid are obtained, categories are chosen for naming the different feature types. As scientists start studying the surface in more detail, they may request names for any scientifically interesting but as yet nameless features. New names are reviewed by the appropriate Task Group, and if approved are then submitted to the IAU Working Group for Planetary System Nomenclature.

If the Working Group approves the new name, it is considered to be official IAU nomenclature, and only then may it be used on maps and in scientific papers. Approved names can be found in the Gazetteer of Planetary Nomenclature.

Both from London, and both having moved to the north of England to follow their love for astrophysics through university, Rosa and Nicole became more interested in the communication of science during their master’s degrees. They joined ESO as science communication interns in ESO’s education and Public Outreach department in September 2017 and coincidentally now both work in communications for the European Space Agency!