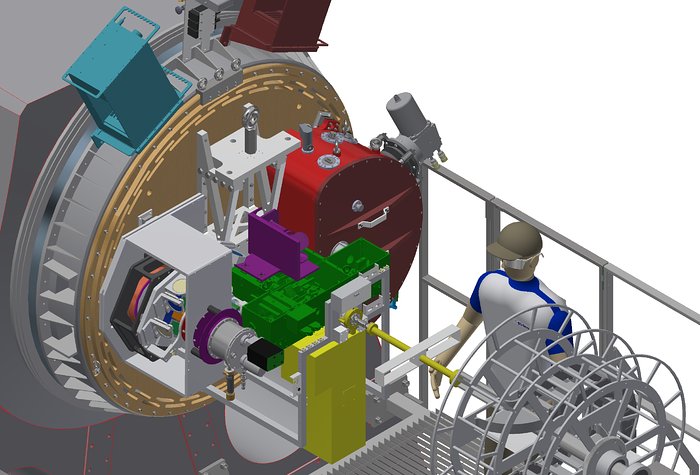 ESO has signed an agreement with an international consortium led by INAF, the Italian National Institute for Astrophysics, to build and operate a cutting-edge spectrographic instrument known as Son Of X-shooter, SOXS.

This image shows an engineering drawing of the upcoming SOXS instrument.