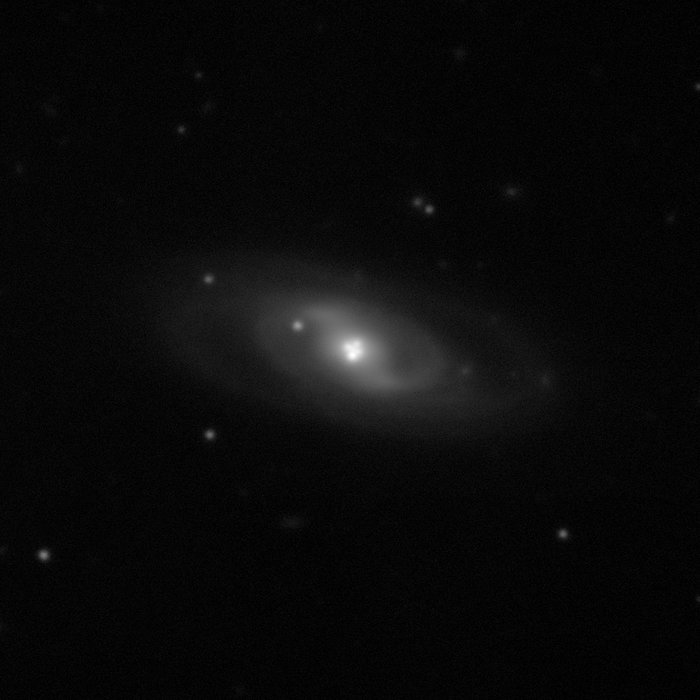 The Einstein Cross and the galaxy that causes this 'cosmic mirage', as seen with the FORS instrument on ESO's Very Large Telescope. This cross-shaped configuration consists of four images of a single very distant source. The multiple images are a result of gravitational lensing by a foreground galaxy, an effect that was predicted by Albert Einstein as a consequence of his theory of general relativity. The light source in the Einstein Cross is a quasar approximately ten billion light-years away, whereas the foreground lensing galaxy is ten times closer. The light from the quasar is bent in its path and magnified by the gravitational field of the lensing galaxy.