Combining a double natural "magnifying glass" with the power of ESO's Very Large Telescope, astronomers have scrutinised the inner parts of the disc around a supermassive black hole 10 billion light-years away. They were able to study the disc with a level of detail a thousand times better than that of the best telescopes in the world, providing the first observational confirmation of the prevalent theoretical models of such discs.

The team of astronomers from Europe and the US studied the "Einstein Cross", a famous cosmic mirage. This cross-shaped configuration consists of four images of a single very distant source. The multiple images are a result of gravitational lensing by a foreground galaxy, an effect that was predicted by Albert Einstein as a consequence of his theory of general relativity. The light source in the Einstein Cross is a quasar approximately ten billion light-years away, whereas the foreground lensing galaxy is ten times closer. The light from the quasar is bent in its path and magnified by the gravitational field of the lensing galaxy.

This magnification effect, known as "macrolensing", in which a galaxy plays the role of a cosmic magnifying glass or a natural telescope, proves very useful in astronomy as it allows us to observe distant objects that would otherwise be too faint to explore using currently available telescopes. "The combination of this natural magnification with the use of a big telescope provides us with the sharpest details ever obtained," explains Frédéric Courbin, leader of the programme studying the Einstein Cross with ESO's Very Large Telescope.

In addition to macrolensing by the galaxy, stars in the lensing galaxy act as secondary lenses to produce an additional magnification. This secondary magnification is based on the same principle as macrolensing, but on a smaller scale, and since stars are much smaller than galaxies, is known as "microlensing". As the stars are moving in the lensing galaxy, the microlensing magnification also changes with time. From Earth, the brightness of the quasar images (four in the case of the Einstein Cross) flickers around a mean value, due to microlensing. The size of the area magnified by the moving stars is a few light-days, i.e., comparable in size to the quasar accretion disc.

The microlensing affects various emission regions of the disc in different ways, with smaller regions being more magnified. Because differently sized regions have different colours (or temperatures), the net effect of the microlensing is to produce colour variations in the quasar images, in addition to the brightness variations. By observing these variations in detail for several years, astronomers can measure how matter and energy are distributed about the supermassive black hole that lurks inside the quasar. Astronomers observed the Einstein Cross three times a month over a period of three years using ESO's Very Large Telescope (VLT), monitoring all the brightness and colour changes of the four images.

"Thanks to this unique dataset, we could show that the most energetic radiation is emitted in the central light-day away from the supermassive black hole and, more importantly, that the energy decreases with distance to the black hole almost exactly in the way predicted by theory," says Alexander Eigenbrod, who completed the analysis of the data.

The use of the macro- and microlensing, coupled with the giant eye of the VLT, enabled astronomers to probe regions on scales as small as a millionth of an arcsecond. This corresponds to the size of a one euro coin seen at a distance of five million kilometres, i.e., about 13 times the distance to the Moon! "This is 1000 times better than can be achieved using normal techniques with any existing telescope," adds Courbin.

Measuring the way the temperature is distributed around the central black hole is a unique achievement. Various theories exist for the formation and fuelling of quasars, each of which predicts a different profile. So far, no direct and model-independent observation has allowed scientists to validate or invalidate any of these existing theories, particularly for the central regions of the quasar. "This is the first accurate and direct measurement of the size of a quasar accretion disc with wavelength (colour), independent of any model," concludes team member Georges Meylan.

So far, very little is known about the physical processes that continuously fuel the quasar for millions of years. The region where matter is accreted, in the form of a disc where matter spirals and falls onto the supermassive black hole, is very small: a few light-days or light-months at most. As quasars are also very distant, millions or billions of light-years away, any detailed study of their central accretion disc is well beyond the direct reach of the best existing telescopes, even the Hubble Space Telescope or the ESO VLT interferometer.

Nature has, however, provided astronomers with a tool to circumvent the problem: natural magnifying lenses. The physical principle behind a gravitational lens (also known as a cosmic mirage) has been known since 1916 as a consequence of Albert Einstein's theory of general relativity. The gravitational field of a massive object curves the local geometry of the Universe, so light-rays passing close to the object are bent (just as a "straight line" on the surface of the Earth is necessarily curved because of the curvature of the Earth's surface).

Astronomers first observed this effect in 1919 during a total solar eclipse. Accurate positional measurements of stars seen in the dark sky near the eclipsed Sun indicated an apparent displacement in the direction opposite to the Sun, roughly matching the prediction of Einstein's theory. The effect is due to the gravitational field of the Sun, which deflects the photons of the background stars when they pass near the Sun on their way to us. This was the first confirmation of one of the predictions of the general relativity and it represented a milestone in physics.

In the 1930s, the Swiss astronomer Fritz Zwicky (1898—1974), working at Caltech, realised that the same effect may also happen far out in space where galaxies and large galaxy clusters may be compact and massive enough to bend the light from even more distant objects. However, it was four decades before his ideas were observationally confirmed when the first example of a cosmic mirage was discovered in 1979 (as two images of the same distant quasar). 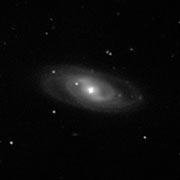 PR Video eso0847b
Macro and microlensing
Send us your comments!
Subscribe to receive news from ESO in your language
Accelerated by CDN77
Terms & Conditions