NGC1850 as seen with the Very Large Telescope and Hubble 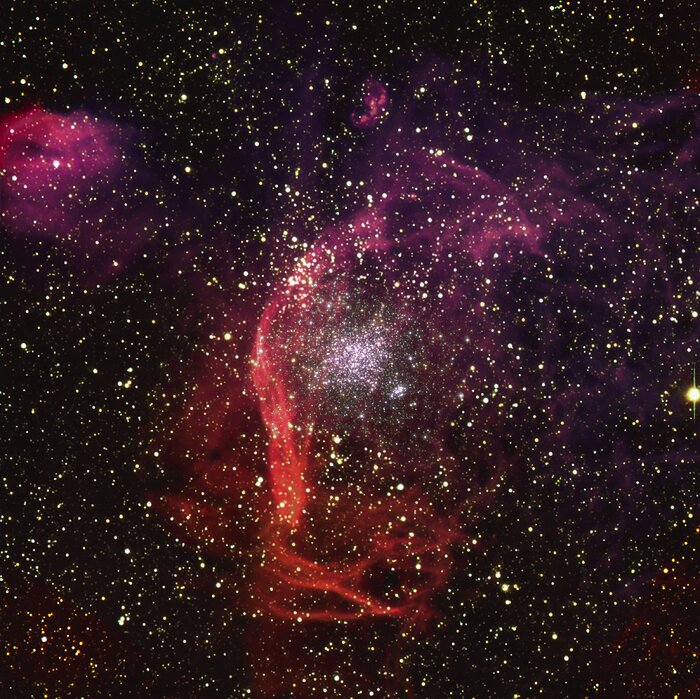 This image shows NGC1850, a cluster of thousands of stars roughly 160 000 light-years away in the Large Magellanic Cloud, a Milky Way neighbour. The reddish filaments surrounding the cluster, made of vast clouds of hydrogen, are believed to be the remnants of supernova explosions.

The image is an overlay of observations conducted in visible light with ESO’s Very Large Telescope (VLT) and NASA/ESA’s Hubble Space Telescope (HST). The VLT captured the wide field of the image and the filaments, while the central cluster was imaged by the HST.

Among many stars, this cluster is home to a black hole 11 times as massive as the Sun and to a five-solar-mass star orbiting it. By looking at the star’s orbit, a team of astronomers were able to infer the presence of the black hole, making it the first small black hole outside of our galaxy to be found this way. For this discovery, the team used the Multi Unit Spectroscopic Explorer (MUSE) instrument at the VLT.